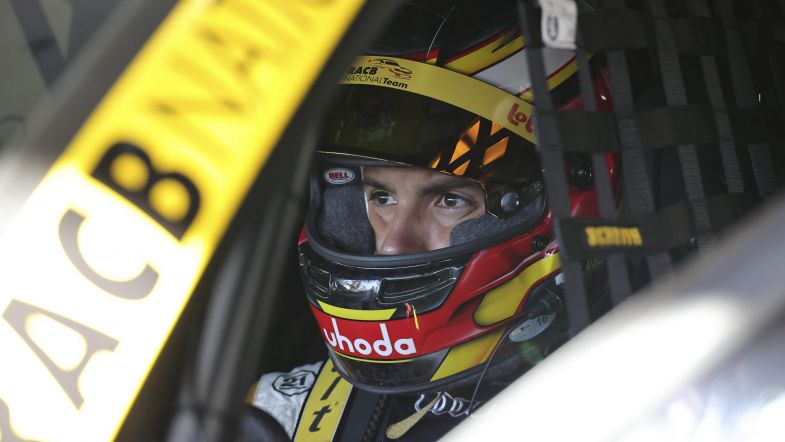 Gilles Magnus topped the times in opening practice for the WTCR season finale at Sochi Autodrom.

The session began in emotional fashion, with the field giving Gabriele Tarquini a guard of a honour as he drove his Hyundai Elantra down the pitlane ready for the session to get underway.

Magnus set the early benchmark time in the session on a 2:19.293 at the wheel of his Audi as drivers set about trying to gain knowledge of the Russian circuit, before Thed Björk moved ahead with little under 20 minutes remaining in his Lynk & Co.

Magnus then responded to Björk’s time to become the first driver of the weekend to break the 2:19 marker, with a 2:18.544 dipping below the pole time in the recent TCR Russia meeting at the same event.

Whilst a number of drivers got close to the tyre stacks lining the circuit, including Santiago Urrutia and Jean-Karl Vernay, the first major incident of the weekend saw Jordi Gené spin off at speed with a front left failure on the Cupra.

The Spaniard was able to throw the car sideways to scrub off speed as he headed across the run-off area before sliding into the tyres on the outside of the circuit to bring out the red flags with little under ten minutes of the session left to run.

Magnus led the way ahead of Björk, Tom Coronel, Nathanaël Berthon, Yvan Muller and Vernay when the session resumed but within a matter of minutes, Bence Boldizs suffered a similar spin to Gené at the same part of the circuit, albeit without going into the barriers.

Although there were some improvements in the closing moments of the session, Magnus would remain out front with a buffer of more than half a second over Björk, with Berthon moving ahead of Coronel into third spot on the final runs.

Muller remained fifth as the final driver within a lap of the quickest time, with the Hyundai challenge ultimately headed by Luca Engstler who put his Elantra into sixth spot.

Points leader Yann Ehrlacher kicked off the weekend with the eighth best time in his Lynk & Co, with main title rivals Frédéric Vervisch and Esteban Guerrieri down in 14th and 15th.

Björk was towed back into the pits at the end of the session after running out of fuel.

Tiago Monteiro was the only driver not to set a time in the session having felt unwell on arrival at the circuit on Saturday morning.