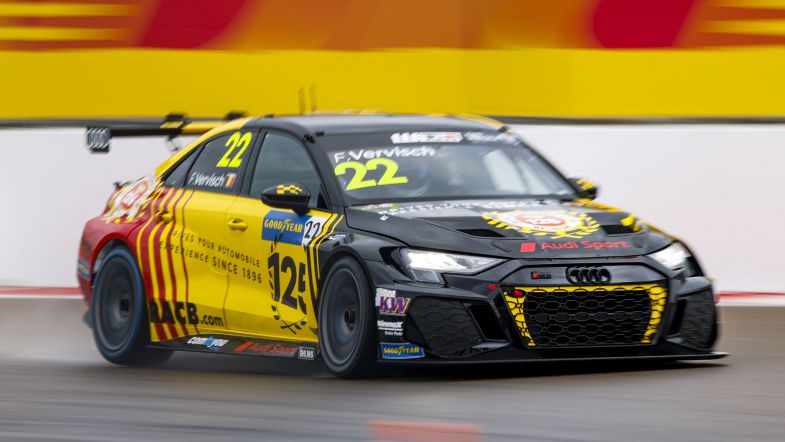 Frédéric Vervisch: “This is more than we expected”

Comtoyou Racing’s Frédéric Vervisch finished the 2021 FIA WTCR season as vice-champion, after what the Belgian described as a “very difficult season”.

Vervisch drove one of the four new generation Audi RS 3 LMS in the WTCR, rising towards the top of the standings towards the end of the season.

“We started the season with a new car and had many problems at the beginning, so we didn’t expect to be sitting here at the end of the year in second place, as the best of the rest,” said Vervisch.

The Belgian’s season started to pick up after claiming the victory in the third round of the season at Motorland Aragon, with Vervisch a regular points-scorer since, which he credits to the collective team effort.

“The team did a great job to bring this car forward,” added the 35-year-old. “I’ve never been a part of such a team working so hard together, with the mechanics, the engineers and the drivers, Gilles (Magnus), Tom (Coronel) and Nat (Berthon), so yes, I’m very proud of our results.”

Vervisch also had words of recognition for the 2021 WTCR champion: “I’d also like to congratulate Yann for his title, it’s an impressive achievement.”