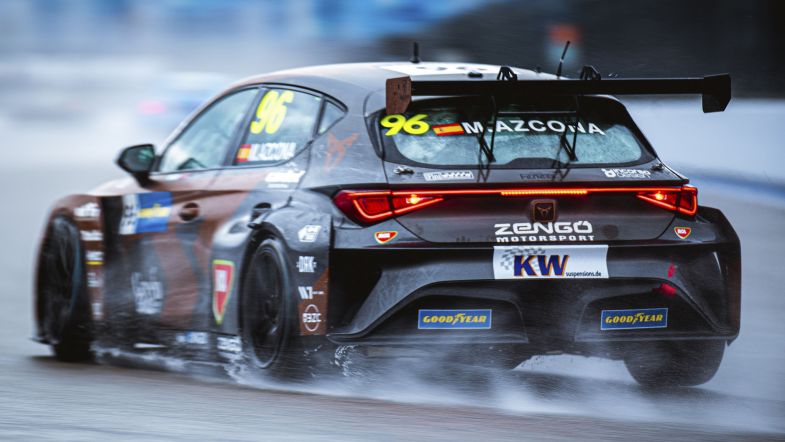 Zengo Motorsport’s Mikel Azcona finished the last round of the 2021 WTCR season at Sochi with mixed feelings after winning the first race of the weekend but crashing out from the lead in the second race after a hit from Cyan Racing’s Yvan Muller.

Azcona fought through the pack to recover from eighth on the grid to the victory in Race 1. He looked set to repeat the result in Race 2, but had to retire after the incident with Muller.

“It was difficult day for me but I’m really happy for winning the first race,” said Azcona. “The second race it was a very frustrating for me, and I appreciate Yvan came to apologise to me and I understand his point of view and he made a mistake.”

The season for the Zengo Motorsport team has been more complicated than anticipated, with both Azcona and team-mate Rob Huff claiming their first victories of the year for both the team and Cupra at the very last round of the season.

“I have a very good feeling, we won the first race and could have won the second, very happy for Rob and for Cupra Racing and Zengo Motorsport, so big congratulations to Rob,” added the Spaniard.

“I’m still a bit gutted because I thought I could finish the season on a high for Cupra and team, but it compensates one race with the other.”

Rumours have indicated that Azcona, who’s had a strong season representing Cupra in the WTCR, ETCR, TCR Europe, as well as guest appearances in TCR Italy and TCR Spain, has been approached by Hyundai for 2022.

“We will see what happens for next year,” added the Spaniard.

“Right now we want to enjoy this moment and celebrate with Cupra, it’s time to be together. Then, I will prepare for next year as I want to be world champion.”