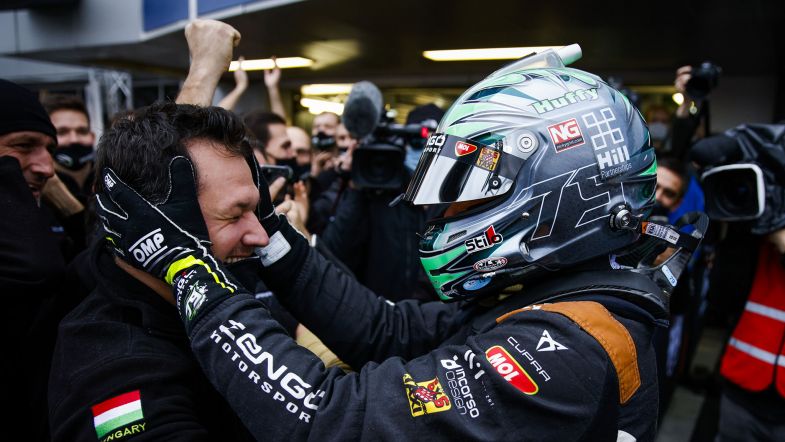 Rob Huff finished the WTCR season on a high after claiming the victory of the final race at Sochi, a big relief for the Briton and Zengo Motorsport team after a “horrific season”.

Huff had to retire from Race 1 with a damaged suspension after contact with Comtoyou Racing’s Frédéric Vervisch, with the Zengo Motorsport mechanics just managing to get his Cupra out on time to start from sixth on the grid.

“The team did a great job to repair my car in time, I think they got it out with just a minute to spare,” said the Brit after the race.

“I had a good start and was almost into the lead in Turn 1 and just kept it together from there.”

“Then we had problems with a misfire during the race, as the dashboard went off intermittently and I thought we could have an electrical issue, so I was afraid the car would stop, but we managed to sort it,” explained Huff, who also highlighted the difficult conditions on the track.

“The conditions were very difficult as it was raining on the back straight but not in the main one. I knew Vervisch would be very strong after the restart. But we managed to stay ahed and is a great result.”

The final victory was the icing on the cake for a very difficult season for the Briton, marred by incidents and technical issues.

“We had a horrific season, with seven DNFs, even at times where we could have fought for the victory, like the one in Budapest and another here in Race 1,” added Huff.

“But we could make it up here, the car was really good in qualifying and in Race 1. I’m really, really happy with this result.”