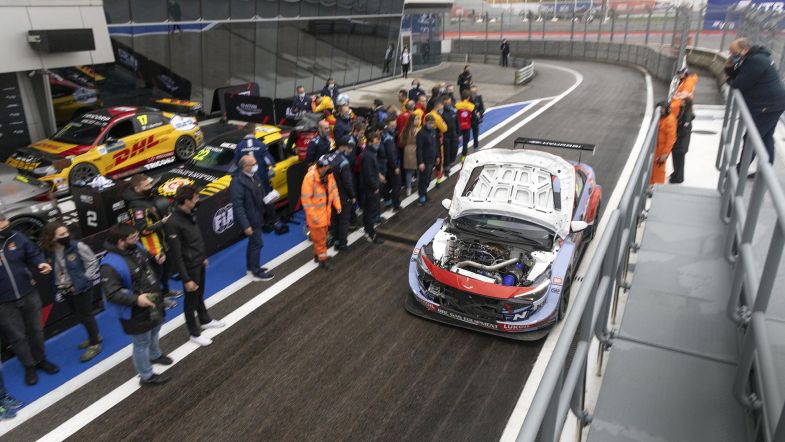 Cyan Racing drivers Yvan Muller and Santiago Urrutia as well as BRC driver Gabriele Tarquini have been reprimanded by the stewards for incidents in the second WTCR race of the Sochi season finale.

Muller hit Mikel Azcona from behind while the duo were fighting for the lead at the restart following a safety car session, forcing both out of the race.

The stewards found Muller responsible for the incident, reprimanding the Frenchman and handing him four penalty points.

Urrutia received a reprimand and two penalty points for the Race 2 opening lap incident where he made contact with Nathanaël Berthon and Team Engstler’s Jean-Karl Vernay at Turn 1.

Berthon and Vernay were able to continue while Urrutia had to retire with a damaged suspension.

Tarquini was penalised by the stewards for an incident with Zengo Motorsport’s Jordi Gené.

The Italian hit Gené from behind and was forced to retire on the spot while the Spaniard was able to continue, albeit losing several positions.

The retiring Italian driver has been instructed to perform social duties as a penalty, conducting a briefing with marshalls during an event in 2022 to explain the drivers’ perspective on racing.