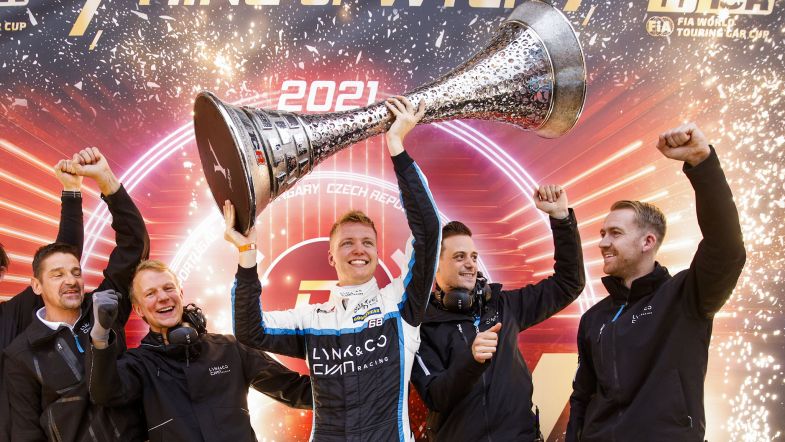 The Frenchman thanked his team and team-mates after “long months of pressure”.

“Becoming the champion feels so good,” said the 25-year-old after the race.

“Just big thank you to Cyan Racing and Lynk & Co., all the staff, my team-mates as they’ve been really important for this.”

Ehrlacher drove a calm Race 1 at Sochi to finish in sixth place, scoring enough points to bag his second consecutive title ahead of the last race at Sochi on Sunday afternoon, after his main rival Frédéric Vervisch (Audi RS 3 LMS) was unable to reach the lead.

“It’s amazing, I think I’ll realise it a big later, the there is so much pressure after all these months that we can release now after all those long months of working, so I’m very happy,” added a relieved Ehrlacher, who also is the youngest-ever WTCR and WTCC twice-champion.

“It feels amazing. I want to thank my team and family,” added the Frenchman.

“Perhaps it was more difficult to realise than last year, so yes, it’s an amazing moment.”