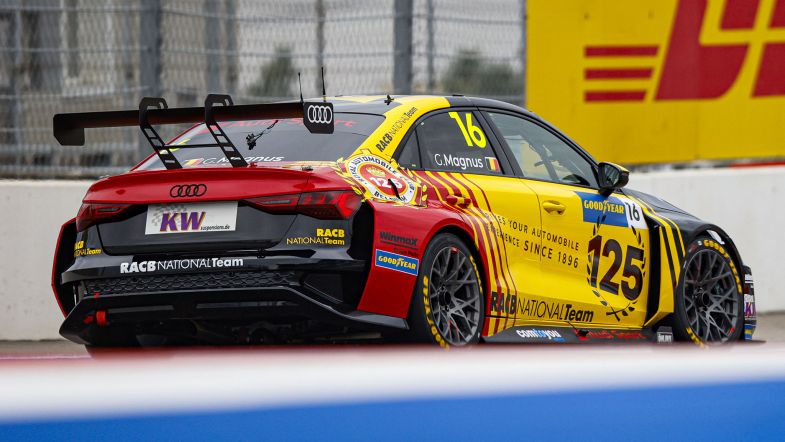 “It has been a difficult season, as I’ve had a lot of DNFs and last row starts because of technical issues in qualifying, which I think also stopped us from fighting for the championship,” said Magnus.

Magnus won the WTCR Trophy for independent drivers, but finished up just one point behind Luca Engstler (Hyundai Elantra N TCR) in the Junior Trophy.

“I was leading all the year the Junior title and just had to finish the race, but had a contact with another driver, which wasn’t my mistake, but yes, missing on this title for just one point is painful, but I must not focus on that,” added the Belgian driver.

“I think our season was positive, my performance was good and I helped my team-mates as much as I could. Obviously, congratulations to Luca, his consistency paid off.”

“I think I have improved a lot this season, and I’m sure I can learn a lot from Fred (Vervisch) and I can be as good as him one day,” concluded Magnus.