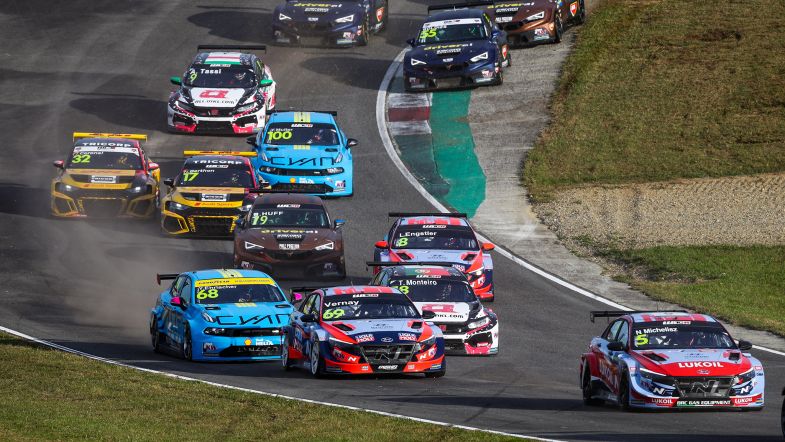 The World Touring Car Cup is set to introduce hybrid technology in the coming seasons as the series looks to work towards a greener future, according to a report in French publication AutoHebdo.

WTCR introduced a new sustainable fuel for the 2021 season featuring 15 per cent renewable components, with supplier P1 Racing Fuels working towards providing a racing fuel that is 100 per cent fossil-free.

The move to biofuel was taken to help WTCR reduce its carbon footprint, but further changes are expected in future as the series looks to follow a number of other leading championships by introducing an element of hybrid technology into the technical regulations.

Hybrids have long been a feature of the World Endurance Championship, whilst the World Rally Championship will also introduce new hybrid cars in the season-opening Monte Carlo Rally later this month.

Speaking to AutoHebdo, outgoing WTCR managing director Xavier Gavory admitted that work on the ‘transformation’ of the series was ongoing, with the introduction of hybrids likely for 2023.

“There are projects in progress,” he said, “and it will be, in the near future, a transformation of the WTCR.

“This will not be all electric like ETCR, but we will make a transition. Since last season, the series has used biofuels, but it is not enough. The WTCR should move to the hybrid by 2023.”

Hybrid technology will be seen in touring car competition this season in the British Touring Car Championship, which is introducing a new system for the 2022 campaign developed by Cosworth after an extensive test programme over the past 18 months.