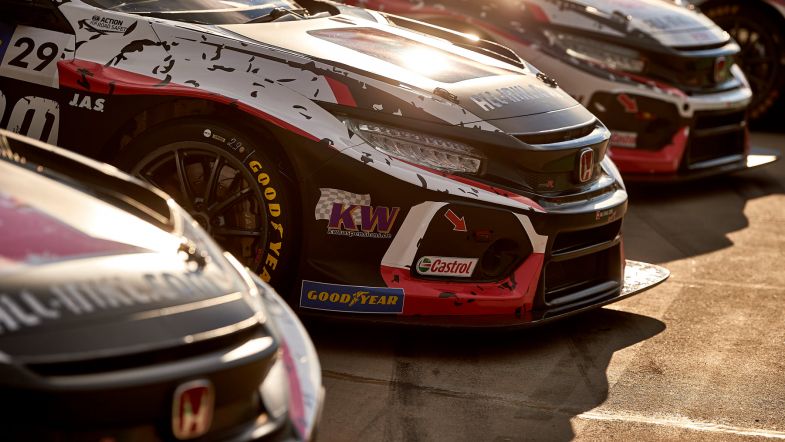 Honda has confirmed that it will place the same drivers in the World Touring Car Cup for the 2022 season, although Münnich Motorsport will no longer be responsible for running all four Civic Type Rs.

Münnich had been solely responsible for running the four cars on the grid for the last two seasons, but Team Engstler will now field the cars of Tiago Monteiro and Attila Tassi during the season ahead.

Engstler has run Hyundai models for the past two seasons in WTCR, initially with the i30 N TCR before switching to the new Elantra last year.

“It is a really proud moment for LIQUI MOLY Team Engstler to get the chance to work with Honda in the WTCR, and a fantastic development speaking personally,” team boss Franz Engstler said. “It feels like there is a good future for this partnership and it is a great opportunity for the team to grow in the WTCR.

“Our driver line-up is also very strong; to have a driver of Tiago’s experience brings obvious benefits, and it is also part of our philosophy to work with young drivers where we can, so Attila is a great addition. We are really motivated for the start of this new project with the Honda Civic Type R TCR and will be investing our maximum power to get the best results.”

Team Engstler will benefit from technical support from JAS Motorsport – the company responsible for the build of the Civic – with technical chief Mads Fischer excited by the new partnership.

“We are really excited to be working with such an established and formidable team as LIQUI MOLY Team Engstler,” he said. “We’ve been keen to work with them for some time now, so it’s great to have a team with their pedigree on board.

“Their decision to run the Honda Civic Type R TCR in the WTCR is a real show of confidence both in the car – which has won all over the globe, including 20 times in the WTCR, and remains a competitive force heading into its fifth season of competition – and the customer support JAS Motorsport is able to provide.

“They have proved already in the WTCR that they are a professional and competitive outfit, and we look forward to supporting them with their aim of adding more success in the 2022 season.”

Esteban Guerrieri and Nestor Girolami will both continue to fly the flag for Honda again this season, with the identity of the team that will run the Argentinian pair – expected to once again be Rene Münnich’s outfit – to be announced in due course.