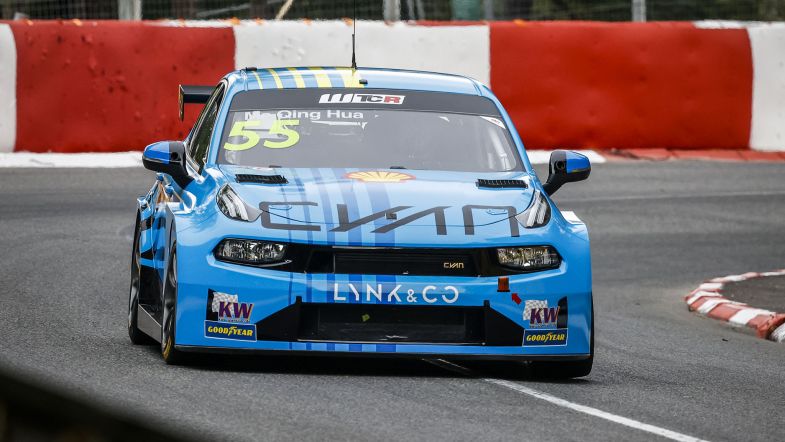 Cyan Racing driver Ma Qing Hua left the Pau-Ville circuit satisfied after his result in qualifying, securing fifth on the grid ahead of his first race with the Swedish outfit.

The Chinese driver returns to the WTCR after a two-year absence, having claimed the 2020 TCR China title and last year’s TCR Asia runner-up spot.

Ma Qing Hua put in a solid effort during qualifying, in which he narrowly avoided team-mate Thed Björk’s stranded car after a crash, to ultimately reach the Q3 session.

“It was not bad for my first weekend for Cyan Racing, to go through to Q3 and I am satisfied with that,” Ma told TouringCarTimes.

“Q3 was a bit difficult, I tried to find more time in sector two, but I think I went too far, I had a moment in Turn 6 with a long drifting and I lost a lot of time. Apart from that, I’m happy and we will go flat out tomorrow.”