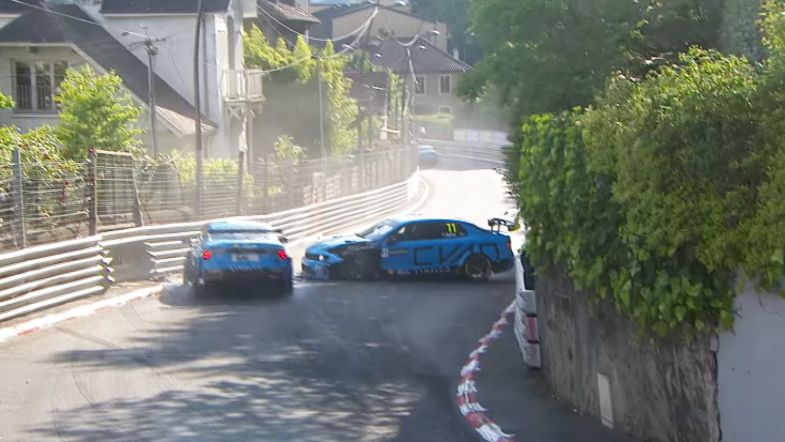 The Swede was on his first flying lap of Q2, having just clocked the best first sector among all competitors, when he touched the wall heading into Turn 12 and bounced hard into the barriers, bringing out the red flags.

Björk escaped unhurt, with his car recovered back to the pits and the session halted for nearly an hour for the circuit’s officials to repair the damaged barrier.

“I’m back after a big crash and I was not expecting that,” said Björk.

“I had such a free flow and nice flow around the track and then just a tiny, tiny mistake, I brushed against the wall on one side and sent me into the wall on the other side.

“We always try to push on the limit and, sometimes, just making a small push too much and you end up like this. It’s not so much I can say.”

Björk was looking for a strong start of the season in order to challenge from the start, with the Cyan Racing driver now facing an uphill battle: “I’m really disappointed, because I wanted so much to get the points and start the season well here at Pau. Now I hope we can fix the car for tomorrow and keep fighting for the points.”

Cyan Racing is yet to confirm whether the car is repairable in time for the races tomorrow.