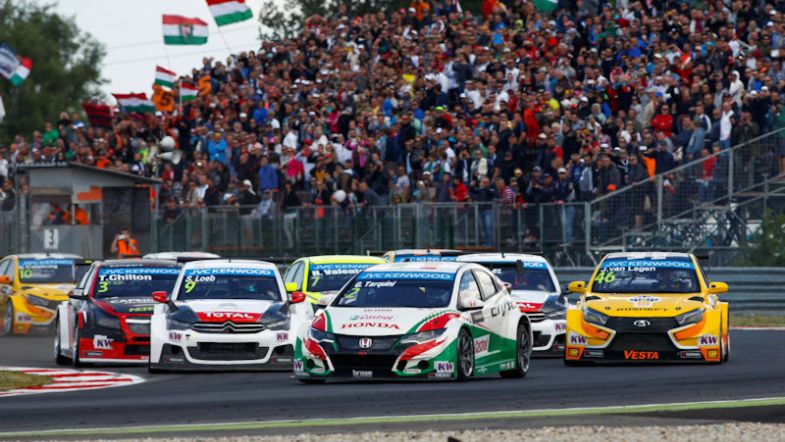 Alan Gow: “We have no plans for a return of the WTCC”

The WTCC last ran in 2017 when only Honda and Volvo were represented as manufacturer entries, with Citroen and Lada having both bowed out at the end of 2016.

From 2018, WTCR – which uses TCR regulations and runs without official manufacturer entries – has taken up the mantle of being the leading global touring car series.

“Relaunching the WTCC as an official manufacturer’s championship it’s not something the manufacturers want,” Gow told TouringCarTimes.

“The manufacturers have been very clear that they want TCR racing to remain customer racing based. That’s the attitude they’ve had for many years: they start off as a manufacturer and then they gravitate towards customers, a bit like in GT3.

“They want to remain as a customer racing programme and that’s fine by us (FIA).”

The FIA also doesn’t consider that the move towards electrification from various automotive brands is an issue, as it believes that the offer on current and alternative propulsion systems covers the manufacturers’ needs and that there is still room for ICE vehicles.

“We aren’t concerned the change in trends towards electrification could have an effect in the touring car pyramid, because we are addressing that anyway,” said Gow.

“At the top of the pyramid we have the ETCR, and it has been announced that WTCR cars are going hybrid next year, so that’s electrification as well. And then we have, below that, a pyramid of non-electrified series.

“So it’s a matter of adjusting the pyramid to ensure that it’s relevant to car trends and I think we have that well covered. We have electrification through hybrid and full electric and, of course, racing ICE. ICE is not disappearing any time soon, 70% of the cars sold are ICE, so there is still plenty of life left in there.”

“There are some good drivers out there and they are doing it because they can see the future,” he said. “I hadn’t seen the ETCR [in person] until I came here and it’s a very impressive show, so you have to be happy when you have drivers of that calibre.”