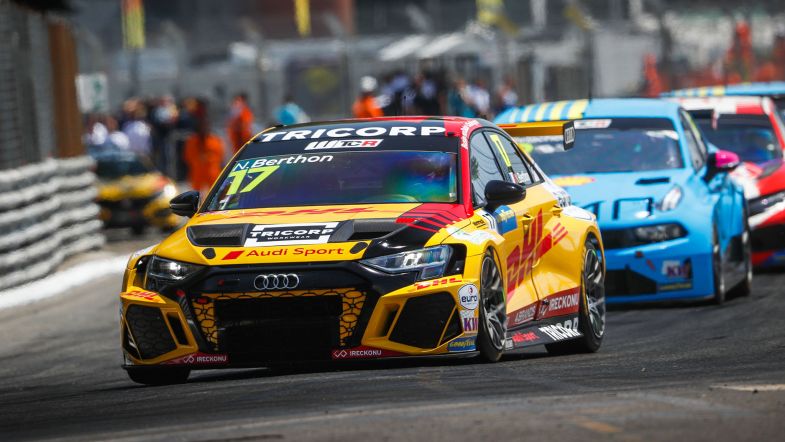 Nathanaël Berthon: “We still have some work to do”

Comtoyou Racing’s Nathanaël Berthon had a complicated first round of the FIA WTCR season in Pau-Ville, with the Frenchman believing the team still has work to do, despite being the best-placed Audi driver.

Berthon was the only Audi RS 3 LMS driver to make it through to the Q2 session, qualifying in seventh place on the grid.

The Comtoyou Racing driver started well in Race 1 and climbed to fourth place, until a tyre issue ruined his race.

“We had an amazing pace in the race, we were managing well, no kerbs, nothing special, just controlling the race.

“Unfortunately the rubber went off the tyres, this is absolutely not normal and is being investigated by Goodyear, but this cost us a lot, and it was a big work from the team to achieve it, so very frustrated.”

The situation improved for the second race, where Berthon made the most of avoiding the start crash to climb up to fourth place again, a position he maintained until the end.

“It seemed the black cat was gone. We were so conservative, we were afraid to have the same problem, so we weren’t pushing,” explained Berthon.

“I have to say that I was very lucky. At the start I was in a good spot and then I managed to gain three positions and finish P4.

“We got some points in the bag. Of course we were aiming for more, but that’s racing and we have to be happy, we are doing the maximum, we still have some work to do but, overall, I’m happy for the team.”

Berthon is seventh in the drivers’ standings on 20 points.