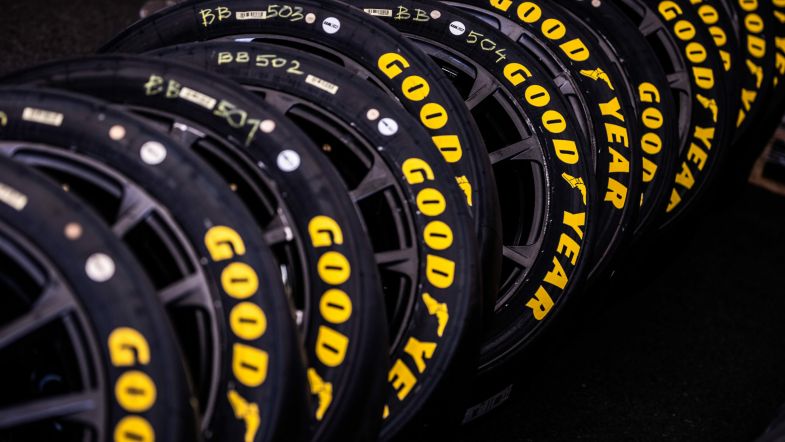 Goodyear has conducted analysis on its tyres used across the World Touring Car Cup round at the Nürburgring following issues experienced by Honda and Lynk & Co teams.

Several drivers encountered problems with tyres during Thursday’s practice sessions, with Cyan Racing’s Yvan Muller suffering another delamination at the start of qualifying on Friday.

As a result, Cyan Racing elected to keep its cars in the pits instead of risk similar damage on the final runs.

Muller also said in the post-qualifying press conference that his participation in the weekend’s races was in doubt following the issues.

Goodyear, which is the exclusive tyre supplier for the WTCR released a statement following the half-an-hour qualifying session, in which it said it would continue working with the teams affected to try and alleviate similar instances.

It said that only two brands had reported tyre damage across the weekend, Honda and Lynk & Co, while Audi, Cupra and Hyundai had not experienced tyre issues.

The analysis from Goodyear covered not only the WTCR field but also the 32 cars running its tyres in this weekend’s Nürburgring 24 Hours, with just one other issue reported.

“During qualifying for the WTCR Race of Germany on the Nürburgring Nordschleife, two manufacturers (Honda and Lynk & Co) reported tyre damage.

In order to gather data, we introduced a different production batch for this session. There was no difference in the performance or durability between the two batches.

As part of the analysis, we compared this WTCR data with data from the Goodyear teams in practice sessions for the 24h Nürburgring race as part of the same event. In the endurance event, we saw one tyre issue from a field of 32 Goodyear-equipped cars (including seven TCR-spec cars). These cars typically run for up to nine laps in a stint, three times the distance of a WTCR race.

We are constantly working with the WTCR teams to ensure they are following our technical recommendations for the 2022 season.

We will continue to advise all teams on setup and kerb usage, while also maintaining the data gathering process to support our philosophy of continuous improvement.”