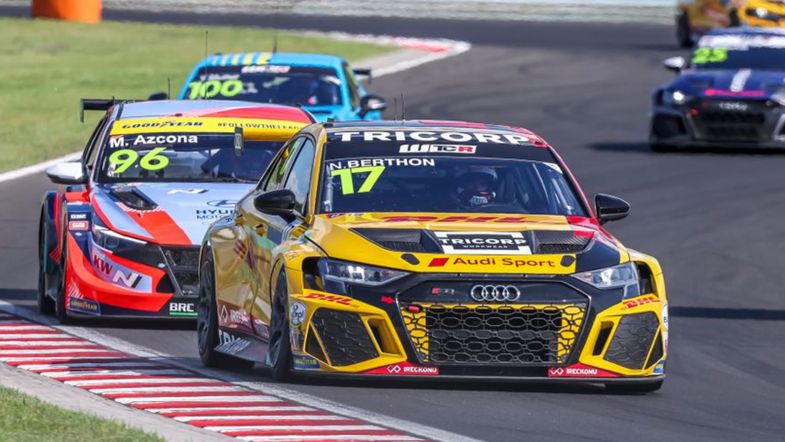 Comtoyou Racing’s Nathanaël Berthon has received a time penalty for cutting the Hungaroring chicane during FIA WTCR Race 2 on Sunday.

The Audi driver had received numerous warnings for track limits infringements during both races, which Berthon justified with the excessive tyre wear due to the hot conditions.

In Race 2, while defending from Cyan Racing’s Yvan Muller, Berthon cut through the chicane without giving the position back.

The stewards have imposed a five-second time penalty to Berthon to be added to his total race time, with the Frenchman demoted from eighth place to 12th.

The new result translates into an additional point for Azcona, who now leads the championship with 85 points.