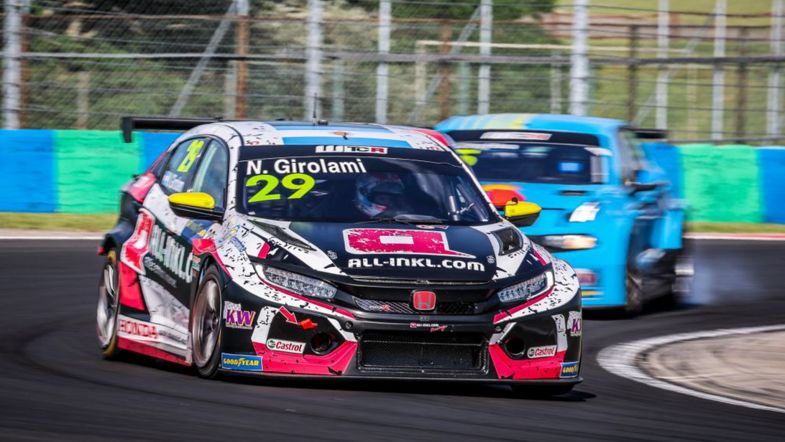 Néstor Girolami: “We have to be very proud of this podium”

Münnich Motorsport driver Néstor Girolami has praised his team’s efforts to improve the car’s setup throughout the weekend, a key factor in the Argentinian scoring a podium result and bagging important points.

Girolami arrived to the Hungaroring as championship leader, but with the Honda Civic Type R TCR carrying the maximum 40-kilo compensation weight, he knew his options were compromised. Still the result has been better than expected, with Girolami scoring a seventh place and a podium finish.

“The car was fantastic this weekend,” Girolami explained. “Race one was quite tough, because carrying 40kg here is not easy.

“I said to the team we needed to make a big change for race two if we wanted to keep third and we did exactly that.”

The Honda driver started third in the reversed grid race, a position he kept until the end.

“I got a good start – not a brilliant one, but it was enough to keep third – and then from lap one I was only pushing in the last three corners, because I knew if I managed to get the gap from the last corner to the first corner I would be able to defend my position,” explained Girolami.

“We have to be very proud of this podium,” added the Argentinean. “The mechanics did a fantastic job changing the setup from A-Z every time, but it paid off and I’m very grateful to the team.”