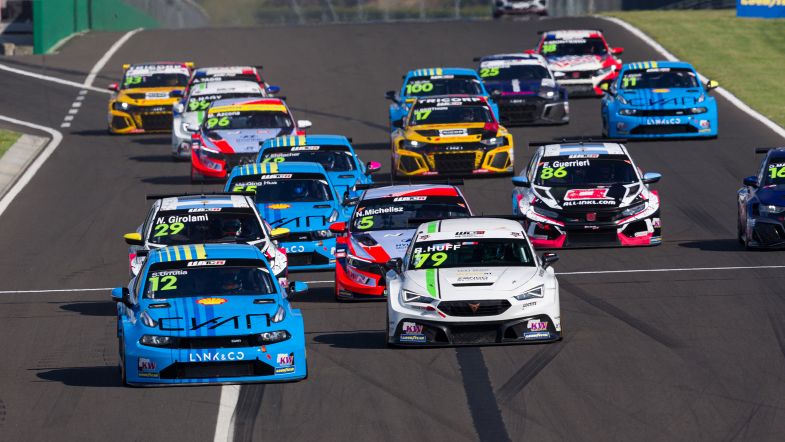 The FIA World Touring Car Cup field heads Spain this weekend as start of a double header with the street race of Vila Real coming up the weekend after.

The field will take onto a very hot Motorland Aragón, with temperatures forecasted to hit more than 30 degrees celsius this weekend, something that could add to the current tyre concerns.

Another factor is a slight change in compensation weights, with Audi and Lynk & Co receiving 10kg each while Honda remains at the maximum of 40kg.

The weights are expected to show on long straights of the Spanish circuit.

Favourite for this weekend ought to be local hero and points leader Mikel Azcona of Hyundai, continuing to carry 0kg of compensation weight.

The Spaniard claimed pole and won the opening race of the Hungaroring weekend in style, having won half of the races so far this season.

“I am really looking forward to Aragón, my home track. It will be an exciting weekend as I will have many fans supporting me as well as my friends and family,” said Azona.

“It will be nice to have their support. I have very good memories of the track in previous years, and I have stood on the podium every year I have driven there. I am feeling confident ahead of the weekend, and we want to repeat the result we had in Hungary.” 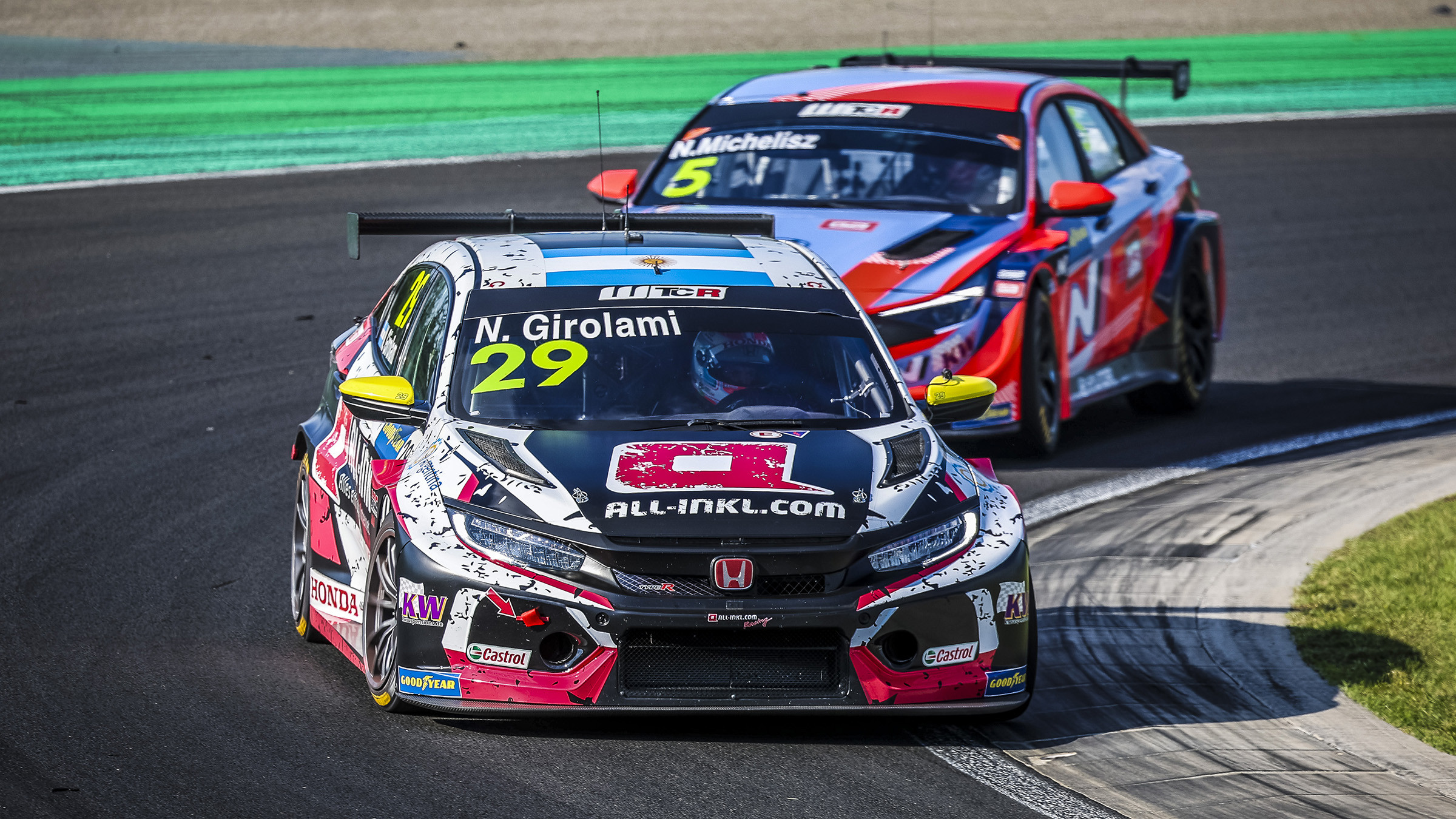 The Argentinian driver trails Azcona by ten points heading into the Spanish weekend where the Hondas are expected to struggle on the long straights.

“Aragon is a tough track for us and we have struggled year-by-year to get close to the top ten in normal circumstances,” said Girolami.

“Aside from hoping for rain to come, it doesn’t seem like there is a lot we can do because we expect most of the other teams to still be a bit lighter while we carry more compensation weight. We need to work very hard, but we are right there at the moment in the Drivers’ standings and in the lead of the Teams’ points, so the motivation is there to stay in the fight.”

The Lynk & Co Cyan Racing drivers continued their consistent performance in the previous round, with Santiago Urrutia scoring the reversed grid win and reigning champion Yann Ehrlacher closing in on the leaders thanks to his first podium of 2022 in Race 1.

The Lynk & Co 03 TCR drivers have performed well historically at the Spanish circuit and Urrutia is looking to continue the strong run.

“Aragon is a track that I have good memories from as I won my first WTCR race here,” said Urrutia.

“This a good track for us, but we need to be careful as it is going to be very warm. Our approach will be the same as at the start of the season to collect points and keep the momentum that we currently have.” 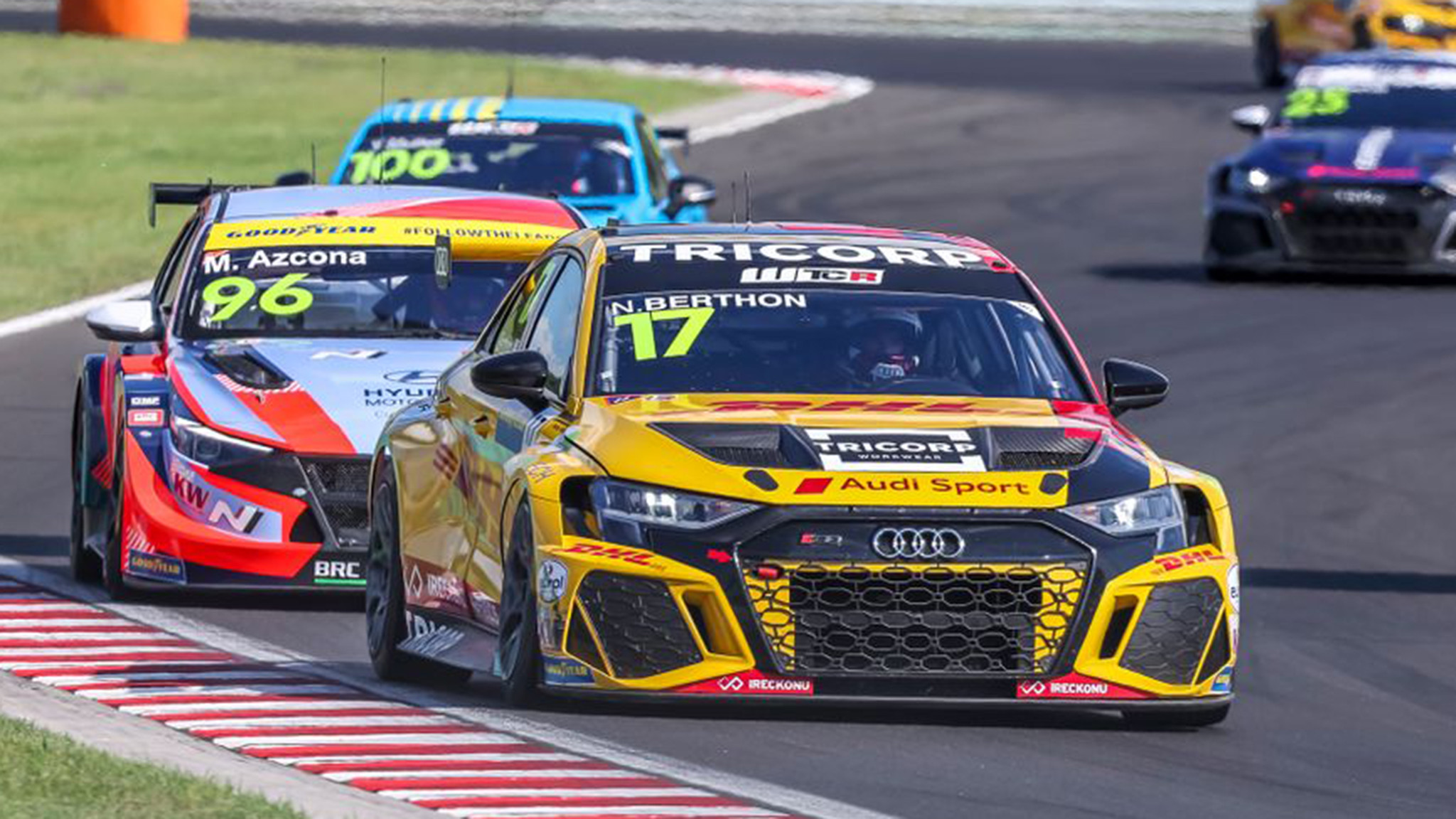 Last year saw Comtoyou Racing claiming pole, victory and the fastest lap at Motorland Aragón and the Audis are likely to be at the top this year as well.

But as in previous years, inconsistency hurts the Belgian team, with Gilles Magnus being their currently best placed driver in only seventh position overall.

Zengő Motorsport driver Rob Huff provided an entertaining show in the second Hungaroring race, chasing Urrutia in the fight for the win until the very end to finish second.

And the 2012 WTCC champion is expecting better results as the season progresses.

“Every time we are getting stronger and stronger. That’s quite normal with the [limited] preparation we had for this season,” said Huff.

“But the team is working better than it’s ever worked. The bond in the team, the inspiration, the positivity to keep pushing, keep trying, keep succeeding is getting bigger and bigger and I’m thoroughly proud of the Zengő Motorsport team. It’s amazing to be part of their story because it is an amazing story and we keep pushing for success and keep driving each other forward.”