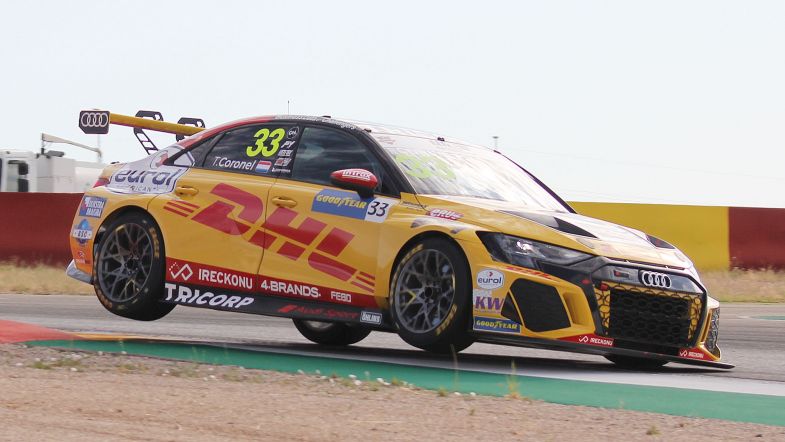 The technical department of WSC, the TCR rights holders, has issued a bulletin clarifying a previous grey area regarding springs in the regulations for TCR cars ahead of the FIA World Touring Car Cup weekend at Motorland Aragon.

“We had the car developed around a specific damper setting,” Comtoyou Racing driver Nathanaël Berthon told TouringCarTimes. “But now everything is changed, so we have to develop again.”

Other teams meanwhile have stated that the clarification does not have a major impact to the performance of their cars.

“This is not a change in the regulations, but rather just a clarification,” former WTCR champion and Hyundai advisor Gabriele Tarquini told TouringCarTimes. “We were running within the regulations, perhaps on the limit, but it hasn’t had an impact for us.”

“Definitely, it’s not an issue for us,” Honda Münnich Motorsport driver Néstor Girolami added. “We believe it’s more of a problem for other manufacturers, but not for the Honda.

“The car has behaved fine and it’s not a problem for us,” a Zengo Motorsport (Cupra) spokesman stated. “We know that others were sandbagging in FP1, but our car is going well and we are happy so far.”

1st Paragraph: Cylindrical, linear steel springs are free; the combination of one helper with one suspension spring is allowed.