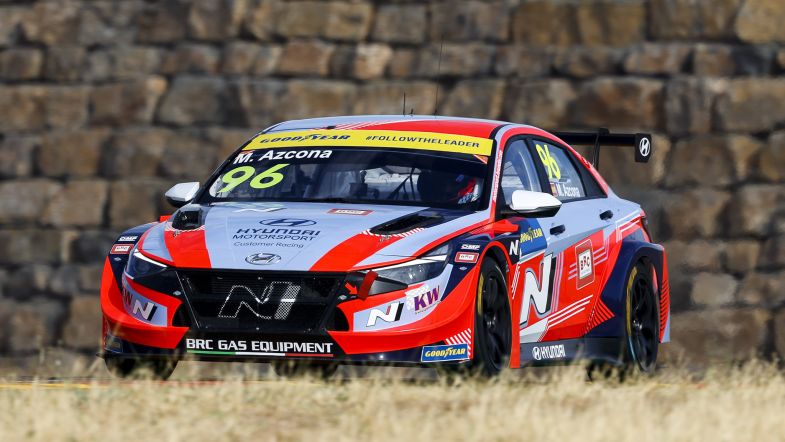 Azcona’s strategy was to score points and focus on Race 2’s reversed grid, but the first race gave the Spaniard opportunities to gain places.

“It was a very good race, a lot better than expected,” Azcona told TouringCarTimes. “I didn’t think we could reach fourth place.

“We played the strategy of using new tyres now and the first few laps were key,” added the Hyundai driver. “I was able to overtake when I saw battles in front of me, with contacts and that, and this allowed me to gain positions.”

Azcona followed Comtoyou Racing’s Nathanäel Berthon for most of the race, but couldn’t get past the Audi driver.

“From then on I wanted to keep it together and bring it home,” explained the Spaniard. “I couldn’t get close to Berthon, he was really fast and trying to get the inside was very risky, so I focussed on getting the points.”

“With the new tyres and a few setup changes we did in the rear wing it went really well for us, so I’m happy with the result,” concluded Azcona.