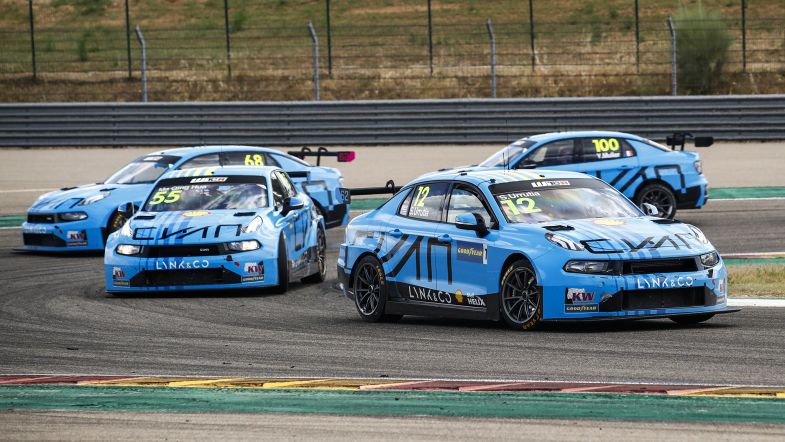 Santiago Urrutia: “I knew I had to fight hard”

Cyan Racing driver Santiago Urrutia shook off the issues from the first race to finish on the podium in the second FIA WTCR at Motorland Aragón.

“It was a very nice race, which I wasn’t expected because it was too very difficult,” Urrutia explained TouringCarTimes. “We made some changes to the cars and I think that allowed me to fight more in the race.”

Urrutia got a good start, but the incidents involving Hyundai’s Norbert Michelisz and Comtoyou Racing’s Tom Coronel marred his progress in the initial stages.

“I started the race very well, climbing up to fourth place, and that allowed me to be in a good position but, when we arrived to Turn 5 and all the problems were happening. I had to brake hard and lots of cars overtook me,” said Urrutia.

“I was in sixth place and I knew I had a good car because I had felt it when we were in the formation lap going to the grid and I knew that, if I wanted to improve, I would have to fight hard and overtake each car.

“I did my race and took advantage of the mistakes from others, and it’s great to have finished on the podium after a difficult weekend. We have to continue doing a good job and scoring points.”

The Cyan Racing driver heads to the next round at Vila Real, a circuit where he has never competed before, sharing third place overall with Rob Huff.

“It will be my first race at Vila Real, so I hope to adapt quickly to the track and achieve a good result,” concluded Urrutia.