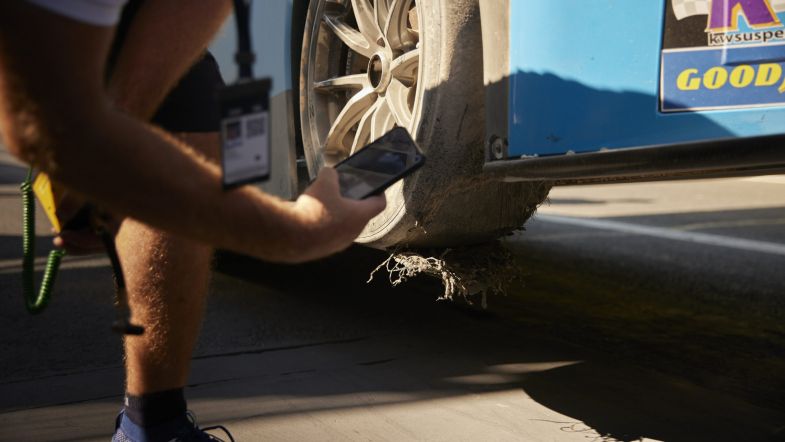 The Lynk & Co Cyan Racing team has called on FIA WTCR stakeholders to take ‘immediate and necessary actions’ after further tyre issues emerged at Vallelunga ahead of the latest rounds of the season.

Having suffered tyre troubles in the new hour long test session that took place on Friday, the team then saw Yvan Muller go off at more than 220km/h in Saturday morning’s practice session when the front-left tyre on his car let go.

Luckily for the Frenchman, he was able to scrub off speed on the run across the gravel before the car made contact with the turn two barriers.

The issues come on the back of the problems that forced the cancellation of the two races at the Nürburgring earlier in the season, with Cyan Racing citing concerns about the safety of the current tyres alongside the weight that it is being forced to run in the 03 TCR.

The five Lynk and Co cars will all take part in qualifying after simulations in final practice allowed the team to ‘reach the conclusion that shorter distances are possible to perform’.

Whether the team will race on Sunday however remains to be seen, with the Swedish outfit concerned about whether the tyres will be able to last across a race distance.

“The current assessment of Cyan Racing is that the weight levels and supplied tyres make for an impossible equation for the team to drive a full race distance in a safe manner,” a team statement read.

“Cyan Racing has decided to take part in qualifying on Saturday afternoon after running qualifying simulations during the final practice session, reaching the conclusion that shorter distances are possible to perform.

“Cyan Racing calls for the FIA WTCR stakeholders to take immediate and necessary actions, so that the team and its drivers can take part in the WTCR races at Vallelunga in a safe manner.

“The team will take a final decision on whether to take part in the two races on Sunday pending further action from the championship stakeholders.”