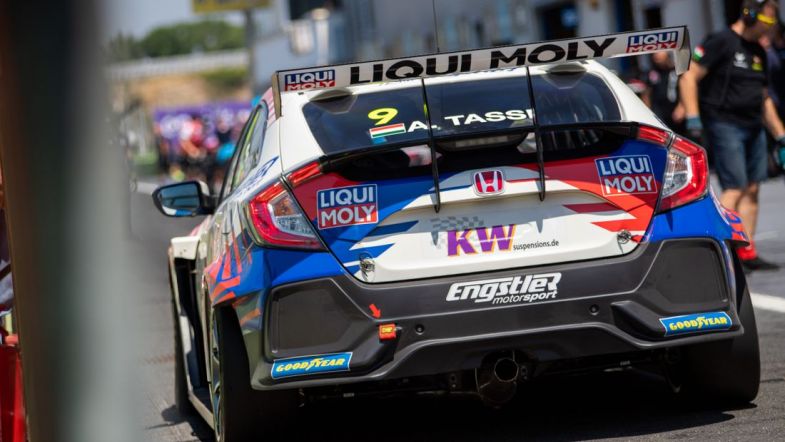 Attila Tassi: “I was taking care of the tyres, but it didn’t work”

Attila Tassi finished fifth in the first FIA WTCR race at Vallelunga which was heavily affected by tyre issues.

The Honda driver had to stop to change tyres, but still managed to get a strong points haul.

“We knew it would be hard for us with the tyres, unfortunately both Tiago and I had an issue with the tyres quite early in the race,” said the Hungarian to TouringCarTimes.

“It’s not what you want to see in a World Cup, because it’s not good to see only four cars finish a race without a pit stop. I was taking care of the tyres, but it didn’t work. The team did an amazing job changing the tyre, I actually gained a position there. After the pit stop I still took care of the tyres, to prevent the problem from happening again, I was probably pushing at 80%.”

Although Team Engstler has taken setup actions regarding the tyre issues ahead of the second race, Tassi knows that without testing prior to the race they can’t be sure the changes will work.

“We will change the car a bit, but we have no guarantee,” said Tassi.

“Without the Lynk & Cos I will start from P3, so the goal has to be the podium, but at the same time I know it’s not going to be an easy one. We just have to hope that the tyres will be fine. Surely a podium would be a nice gift to the team after Vila Real, so hopefully it will be a good race.”

When asked how he drives with the risk of tyre problems in the back of his mind, the Honda driver explained he just tries to keep these thoughts out of his mind.

“We always take risks when we get in the car and go racing, but here we know we are taking many more risks than usual,” said Tassi.

“I try not to think about that at all, because otherwise my performance would not be the same. It is a high speed track, there are a couple of places where we are going around 200km/h and you can only hope it doesn’t happen there – actually, that it doesn’t happen at all in Race 2. I will obviously give it my best, unless the team tells me to come back in because it’s too dangerous I will always race.”