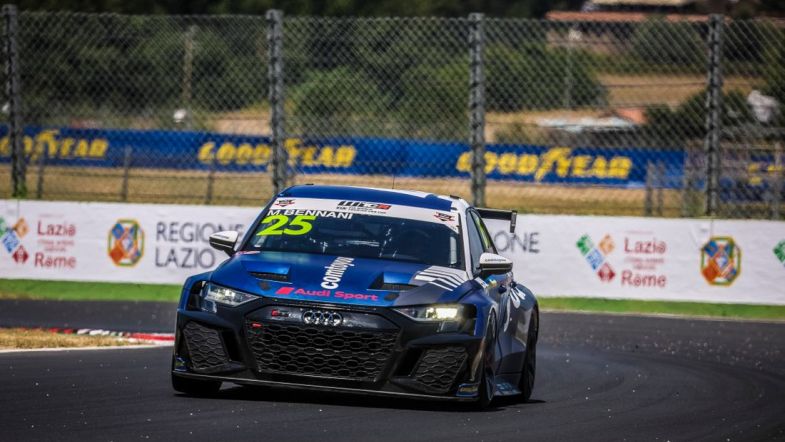 Mehdi Bennani on Vallelunga tyre debacle: “All the teams are struggling a lot”

Mehdi Bennani was the first driver to suffer tyre issues in the first FIA World Touring Car Cup race at Vallelunga. The Moroccan, who was confident of the race pace in his Audi, was left deeply disappointed.

“It’s a shame for the drivers and the team”, said Bennani to TouringCarTimes.

“We work hard to make a good car and we chose a race setup that was not aggressive at all, just to be easy on the tyres. In spite of this, we still had a puncture.

“I’m surprised because in twenty years of motorsport between single seaters and a lot of touring cars, I’ve had issues with the car or with myself making mistakes, but never with the tyres. This year I have already had two or three tyre problems, and all the teams are struggling a lot with this.”

The Comtoyou Racing driver thinks that the second race cannot be held under normal circumstances, with teams and drivers instead just focusing on getting to the chequered flag.

“All the teams worked on springs, camber, tyre pressures and so on to help the tyres, and we still have problems,” said Bennani.

“I think we will probably need to drive at 50% capacity and try to finish the race, because now we don’t know how. We’ve seen seven cars out of eleven destroy their tyres, so we risk Race 2 to be a big non-race. I’m very disappointed.”

Most of the team performed race simulations during the new Friday test session, in which the Moroccan thought his Audi RS 3 had good pace. When asked if the added rubber on the track since then and the high temperatures have changed the situation, Bennani was doubtful.

“I don’t think it can have made such a difference, of course it can be a minor factor, but it’s nothing crazy,” said Bennani.

“I didn’t drive to the limit in Race 1, just to save my tyres, and I still had a puncture. I need to re-learn everything, because there’s nothing the team can do to help me. I think all the teams have nothing left to do to help us. It’s a shame not to race properly because of Goodyear.”