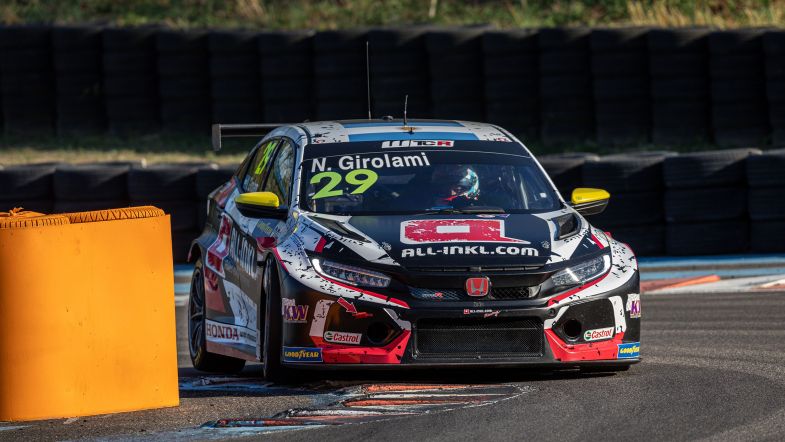 Audi driver Nathanaël Berthon held provisional pole until Girolami completed his lap as last driver in the Q3 session, with the Honda driver beating his time by just 26 thousands of a second.

Esteban Guerrieri completed a spectacular lap for Münnich Motorsport, but it was only enough for fourth spot on the grid (+0.302) ahead of Comtoyou Racing driver Gilles Magnus (+0.396) in fifth.

Tiago Monteiro was closest to making the Q3 cut with sixth position in Q2, 77 thousands from fifth.

The first race of the weekend starts at 11:15 CEST on Sunday.