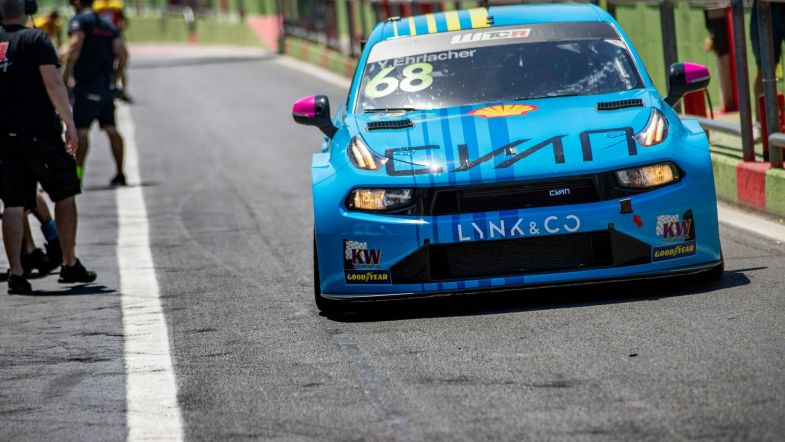 World Touring Car Cup director Jean-Baptiste Ley says he is “confident” his organisation can find a solution to the tyre issues which will allow Cyan Racing and Lynk & Co to return to the series in 2023.

Speaking during Saturday’s press conference to the media, Ley addressed several issues regarding the sudden withdrawal of Cyan Racing from the remainder of the current WTCR season and expressed his desire to hold productive talks with the Swedish team.

“I do not have a crystal ball so it is difficult to know what the decision will be between WTCR and Lynk & Co,” Ley explained to TouringCarTimes.

“Obviously, the situation actually is clearly monitored by Goodyear and I am really confident that we can find a proper solution which can be suitable for Cyan Racing and Lynk & Co to come back to the championship.”

Marcello Lotti, head of the WSC Group behind the TCR concept, said that deeper analysis into why Lynk & Co/Cyan Racing pulled out in the first place, despite two additional test sessions and 10 new tyres made available to each car, was needed.

“I think the most important analysis is understanding why they are not here, rather than if they will be back for 2023,” Lotti said, “because I think that they FIA and the Promoter make a lot of effort to the competitors, they offered two free test sessions to [allow] analysis before the event and, this for me, was very logical.

“So, for me I don’t understand the decision [by Cyan] because they didn’t even take the opportunity [to test]; the team was here, Yvan Muller was here – the local hero, who is probably the reason we are here also – and they decided to drop out before we had the opportunity to test.

“The temperature is 20 degrees here, it’s very nice for us, probably also for the tyres and the turbo, so this is the real question.”

Just 12 cars have taken part in the weekend so far at the Anneau du Rhin circuit in Alsace, the home track for both Muller and Yann Erhlacher – the latter having lived and studied in nearby Mulhouse in his youth.

Ley added that, while Cyan Racing’s decision was not one easily made, the two parties need to enter a dialogue to get the WTCR out of what he calls “a difficult time” currently.

“Our goal is to continue the ongoing discussions with them to reach an agreement to return to the championship next season,” said Ley.

“Cyan has been part of the championship for many years, we need to respect that and obviously this situation is completely shit for all parties, for promoters, especially given the attendance of Yvan and Yann [Ehrlacher].

“I also don’t minimise the fact that it must have been a difficult decision for Cyan Racing, but we need to work together in the close future. Regarding the future of the series, it’s true that the WTCR is crossing a difficult time right now but it doesn’t stop our efforts to correct the situation.”