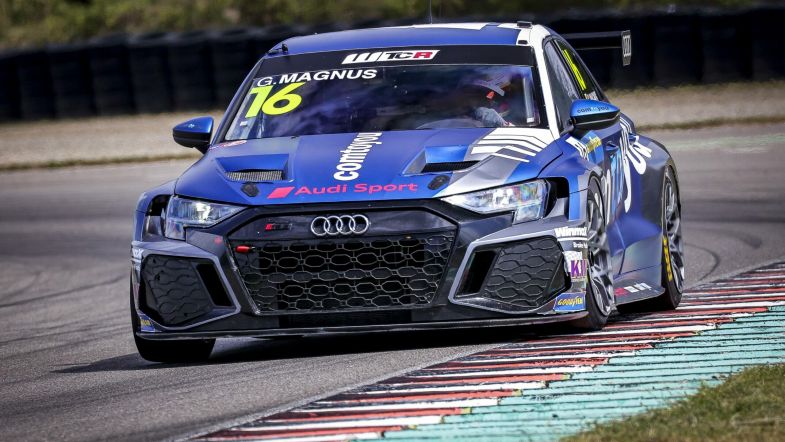 The pair were disputing fifth place in the early stages of the first race when Magnus tipped the Honda Civic Type R into a half spin between the fast Turn 1 and Turn 2.

Guerrieri was forced to pit at the end of the lap with heavily flat spotted tyres, and ultimately finished 10th.

Magnus, for his part, put on a superb display at the front, finishing third on the road after lively scraps with both title contenders Mikel Azcona and Néstor Girolami.

The five-second penalty dropped Magnus to seventh in the final result.

The race stewards said in their decision: “After hearing the Drivers’ and Competitors’ explanations, the Stewards determine that the Driver of Car #16 caused a contact with Car #86 forcing it to pit. This decision has been taken in accordance with Articles 17.3 and 19.3 of the 2022 FIA WTCR Sporting Regulations and Articles 11.9.3 a) and 12.3.2 of the 2022 FIA International Sporting Code.”

In addition to the positional penalty, Magnus was also handed one penalty point to his race license, which is the Belgian driver’s third this season.