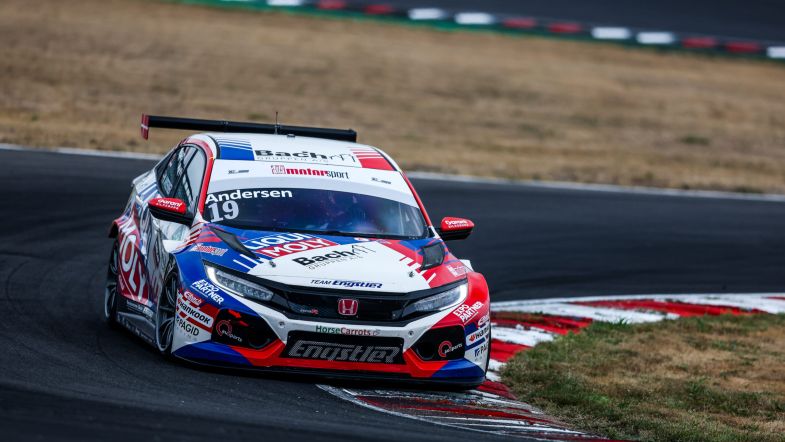 Points leader Martin Andersen was unstoppable in qualifying for the penultimate TCR Germany round at the Sachsenring.

The Team Engstler driver claimed pole position for both races this weekend, beating Comtoyou Racing Jessica Bäckman to pole in the first session by four tenths and ROJA Motorsport driver René Kircher by close to seven tenths in the second session.

Hyundai driver Jonas Karklys was third fastest in the first session ahead of Andersen’s team-mate Szymon Ladniak and Kircher.

Ladniak was fourth fastest, 0.777 seconds from pole, ahead of NordPass driver Karklys in fifth.

Niels Langeveld, who makes his debut for Maurer Motorsport this weekend, set the sixth fastest time in both sessions behind the wheel of his Holden Astra TCR.

The first race of the weekend starts at 16:25 CEST on Saturday.