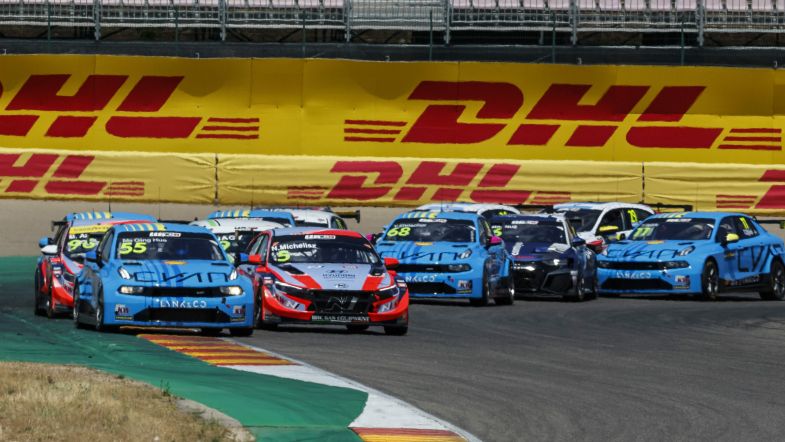 With the FIA World Touring Car Cup to end in its current form after 2022, promoters Discovery Sports Events (DSE) is currently evaluating a new “one-off event format” for 2023.

The FIA is currently evaluating the best move for touring car competition at a global level following news that WTCR is be halted after five years.

“Last year, when we announced the extension of our long-term partnership with the FIA to promote the WTCR – FIA World Touring Car Cup for the mid-term, we did so with the aim of making WTCR even more environmentally sustainable as part of our roadmap to deliver more sustainable motorsport,” said Francois Ribeiro, head of DSE.

“The introduction of 100 per cent sustainable fuel was central to this. Unfortunately, it has become apparent that 100 per cent fossil-free fuel is not yet compatible with the production engines used in the TCR category because it puts too great a demand on mechanical components.

“With more and more corporate sponsors not wishing to be associated with a category that does not use fossil-free fuel, we have very real concerns that this will have a negative impact on WTCR grid numbers next season, which have already been compromised by the global health pandemic, the war in Ukraine and weakened economic outlook. A future one-off annual event will help to address these concerns.”

DSE signed an agreement last year with the FIA to promote the WTCR until 2025.

“We made the decision not to take up this option and work on developing a new format instead and one which will ensure the best possible future for the premier global competition for combustion engine touring car racing.

“We are really optimistic, with WSC, that the new format will be very relevant to the TCR category, while providing car manufacturers a platform to incentivise their customer teams and showcase their racing cars at their best. We aim provide more details once arrangements have been finalised.”

DSE will continue to promote the FIA ETCR for 2023 while further details on the new format for WTCR will be revealed soon.

“Nothing changes and for 2023 FIA ETCR will continue as an FIA World Cup for touring cars across a multi-event format and will be a priority for DSE,” said Ribeiro.

“Those electric cars are real racing beasts that deliver exciting racing. The presentation of the category is very modern and the format has been endorsed by top international touring car drivers. FIA ETCR is all about genuine racing and sustainability, two key assets to look positively into the future.”