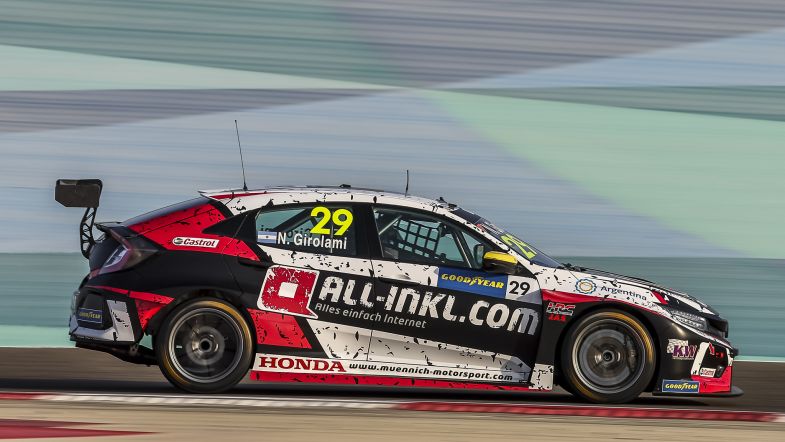 Néstor Girolami: “Race 1 is all we’ve got”

The Argentinean made the most of the difficult conditions at the track due to the heat, with several drivers experiencing grip and track limits issues.

“Congratulations to Mikel (Azcona) and Hyundai for the pole position,” Girolami said. “They did a very good job as a team with no ballast.

“Unfortunately, we (Honda) are carrying 40 kilos and in this moment it’s really complicated because the heat at the track is really high and it’s difficult to manage.”

Girolami was the first driver to venture on the track in the last part of the qualifying session, but his lap time allowed the Argentinean to be third on the grid for race one.

“I did a great lap in Q3, and that was my best lap, which is not easy as in Q3 you are alone in the track and have no slipstream and only one shot,” explained Girolami. “So I’m proud with the lap and the team because they have worked to the maximum all weekend.”

The Argentinean wants to close the gap to Hyundai’s Mikel Azcona in the championship and believes the best chance for a good result is in the cooler temperatures expected for Friday’s night race.

“We focused the strategy in the first race, as the points are higher and the car is less aggressive, we are racing in the night and this is better than racing tomorrow in the heat again, because we lose power,” added the Münnich Motorsport driver. “I did the best I could to try to start from the front row, but, unfortunately, Nat (Berthon) was half-tenth faster than me.

“I will focus on the start and I think our package is better in the cold conditions, so I’m very much looking forward to the race and try to recover the difference we have.”