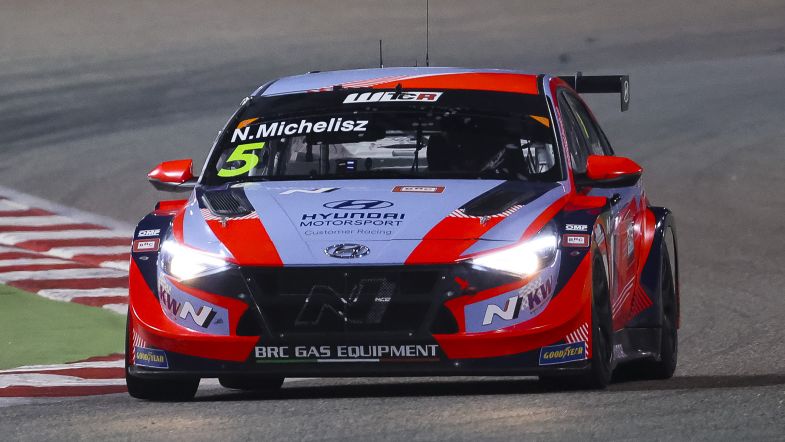 Norbert Michelisz happy with his first podium of the season

“I’m very happy for finishing in P2, I had the pace and I knew Néstor (Girolami) and Nat (Berthon) was very fast, so I did well to make the positions at the start,” explained the Hungarian.

The BRC Racing Team drivers have worked as a team during the first part of the penultimate race weekend to defend championship leader Mikel Azcona from the rivals’ attacks.

“Throughout the weekend I really think we improved the car step by step, and for me it is one of the occasions when I feel I am in total control,” added Michelisz. “In qualifying and now in the race, to be honest it was very nice doing these 14 laps.

“I’m very happy for myself because my season has not been great,” explained the Hungarian. “But it seems towards the end I have managed to get things together and it was very good for my confidence to feel that I’m ahead this time.”

Michelisz also lamented a difficult start of the season that has prevented him from fighting for the championship now.

“I didn’t start the season good with the mistake in Pau. I was on the backfoot from race weekend two and there was a point in the season where we have to be efficient.

“It’s of course not always easy to play the supporting game, but like I said Mikel deserves 100 per cent to lead the standings because he did a fantastic job,” added the Hyundai driver.

“In the end I try to learn from him to capitalise on some mistakes and be happy I managed to get on the podium.

“I really hope for a good race tomorrow because we must not forget today was looking good, but like you said tomorrow is going to be completely with the temperatures, with the tyre management, surviving the race in the heat.”