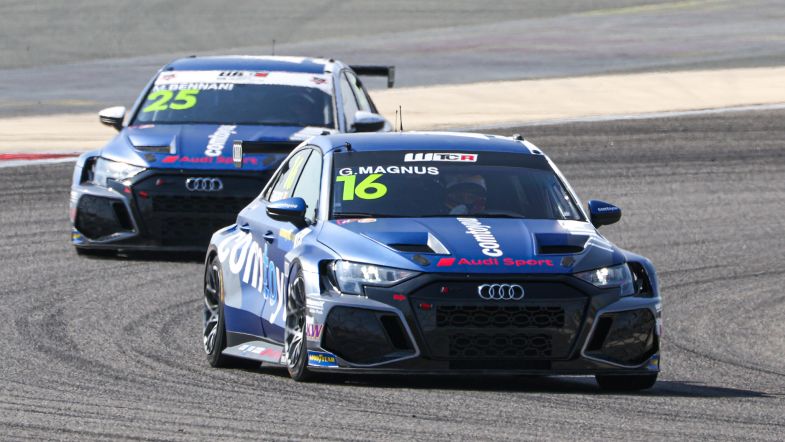 Comtoyou Racing’s Gilles Magnus has received a grid-drop penalty after the incident on the opening lap of the second FIA WTCR race at at Sakhir on Saturday.

Magnus started from the fourth spot on the grid. During the first lap, at Turn 4, the Belgian tried the inside to gain positions, hitting team-mate Mehdi Bennani, who was in first place and dropped to ninth.

There were other collisions as the rest of the participants tried to avoid the damaged cars.

The stewards have found Magnus responsible for the incident, giving the Comtoyou driver a three-place grid-drop penalty for the next race, which will be Race 1 at Jeddah, as well as one penalty point, with Magnus now counting a total of three.