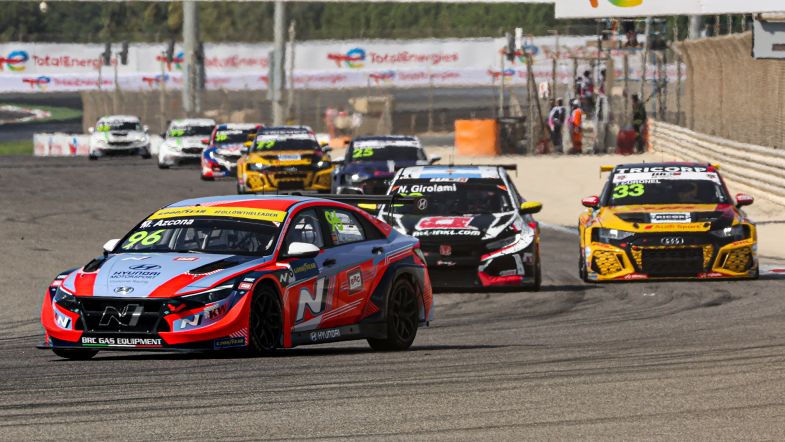 Azcona (Hyundai Elantra N TCR) started from tenth place on the reverse grid and was able to avoid the opening lap incident to climb up to sixth place. He soon overtook Girolami and was fourth final after Nathanäel Berthon’s time-penalty.

“Race of Bahrain was fantastic, a very good weekend for us,” the Spaniard explained. “Having Nicky with us has been a big help. The second race was also very positive, after starting tenth we finished in fourth.”

Girolami struggled with the hot conditions racing during the daytime in contrast to the cooler conditions of Race 1, as he had predicted on Friday. Despite climbing up to fifth place on the second lap, the Honda driver could not fend-off his rivals’ push throughout the race, taking the chequered flag in ninth place.

“It was a tough race,” explained the Argentinian. “When we’re in the pack having three or four cars in front starts to disturb the downforce and the car has no grip and no power, so you can’t defend.”

Azcona leaves Bahrain with 297 points in his account, 60 more than Girolami, with 65 in play at the final round of the season in Saudi Arabia.

“The championship looks very hard now but it’s not finished, so we’ll be in maximum attack for Jeddah and see where that leaves us,” concluded Girolami.

In the teams’ championship, BRC Racing Team leads with 476 points, 104 ahead of Münnich Motorsport.