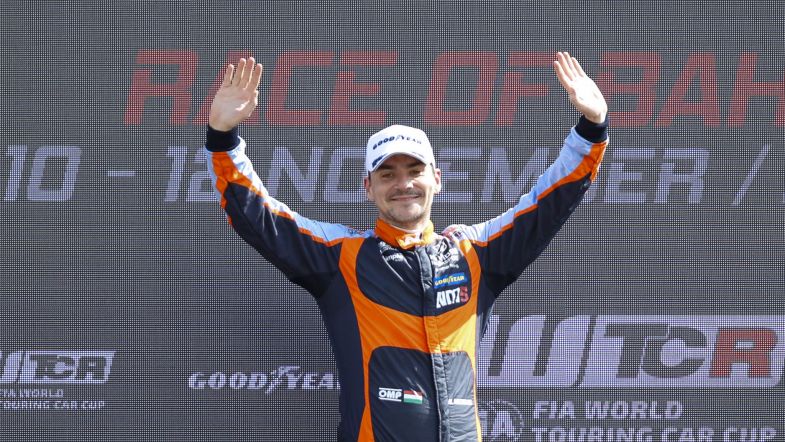 BRC Racing Team driver Norbert Michelisz claimed his first FIA WTCR victory of the season in the final race of the Bahrain weekend, a result that comes to the Hungarian after a difficult season.

“It’s just amazing, fantastic,” the Hungarian said after the race. “It feels a bit like a dream, especially after the tough season so far.”

Michelisz started from the seventh spot on the grid and was able to avoid the incident caused by Gilles Magnus (Audi) in front of him at the start.

“Fortunately I had a good start again today and managed to overtake one or two cars,” explained the Hyundai driver. “Then I think I got lucky in Turn 4 because there was an accident and then I was right behind Esteban.”

Norbi stayed behind Guerrieri (Honda) until, on lap five, was able to overtake the Argentinian for the lead, opening a gap to his pursuers.

“He was pushing but I tried to wait for my time and tried to surprise him because I felt my tyres were starting to go off, and fortunately it worked out,” added the Hungarian. “Again I don’t want to say it was easy, but I had a fantastic car today which was helping me to execute the moves so in the end I’m very, very happy for myself.”

“I feel that I deserved it to be honest and I am very happy it worked out. Happy for the team of course, again important points for the teams’ championship and the drivers’, so it cannot be much better than this.”

The result has allowed Michelisz to move up in the drivers’ championship, and is now fifth and 21 points behind Nathanäel Berthon (Audi) who is third in the standings.