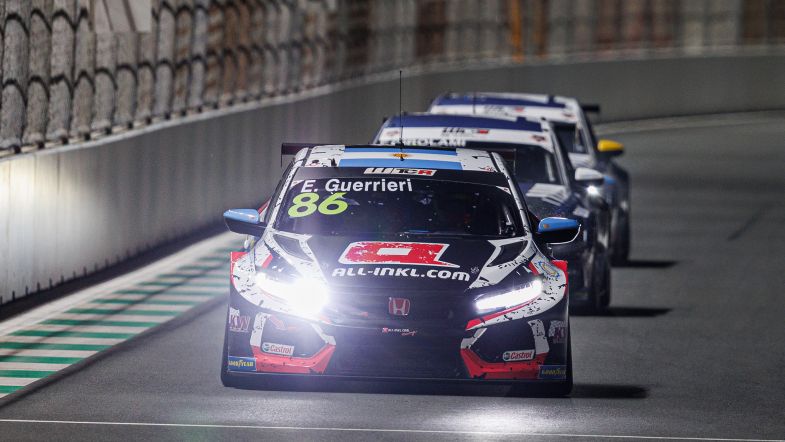 Münnich Motorsport’s Esteban Guerrieri has received a grid-drop penalty for Sunday’s opening WTCR race in Jeddah after an incident during Saturday’s qualifying session.

The stewards found Guerrieri responsible for impeding Zengo Motorsport’s Rob Huff during Q1, and gave the Argentinean a three-place grid penalty for race one, as well as one penalty point.

Guerrieri had qualified in eighth place, but will now start race one from the eleventh on the grid.