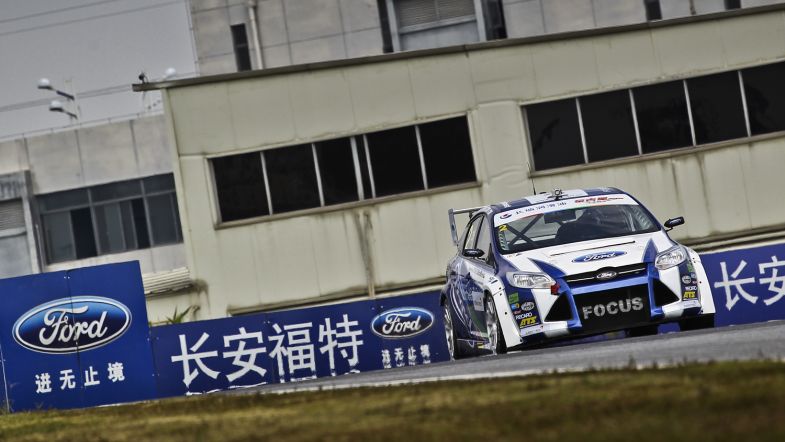 Ford dominates at Guangdong with first victory for Jiang Tengyi

Jiang Tengyi won his first race of the year at Guandong and headed a Ford 1-2-3 with Andy Yan in second position and Rainey He in third.

Tengyi headed the field from start to finish while there was drama behind. Martin Xie and Kenneth Look clashed on the first lap as Look climbed several positions. The incident resulted in a retirement for Xie while Look was able to continue to finish fifth.

Wang Rue climbed the order in the first part of the race, but spun off track and had to retire his Volkswagen with six laps left.

Rain started to fall on lap 17 as the Typhoon Usagi drew in over land and the circuit, while not affecting the end result of the race.