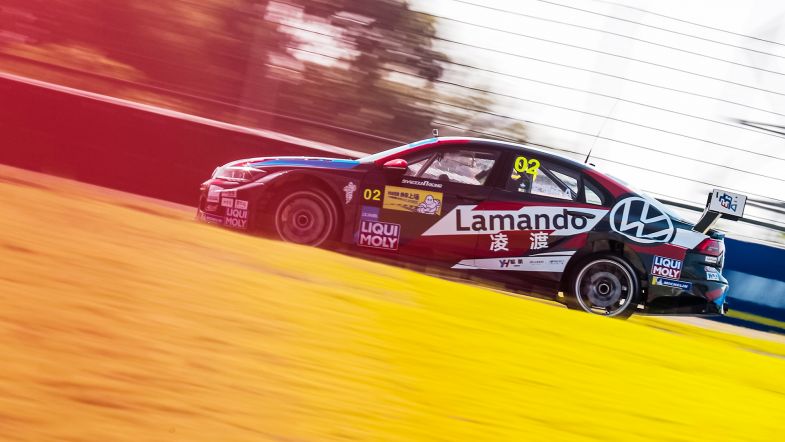 SAIC Volkswagen lead the way after an eight-race “marathon”

After several delays and postponements due to the COVID-19 outbreak, the 2020 China Touring Car Championship (CTCC) season finally took off at the Zhuzhou International Circuit last week with a marathon eight races; the equivalent of half of the 16-round championship.

The absence of the Changan Ford Racing Team and the Guangzhou Toyota Racing Team means the SAIC Volkswagen, KIA and Beijing Automobile factory-backed teams have been left to fight for this season’s championship crown.

With two races per day – a 10-lap sprint race and a 15-lap main race – the weekend kicked off with a slight advantage for the Kia and Beijing cars over the SAIC Volkswagen fleet, which struggled in the main races with tyre consumption. Dongfeng Yueda Kia Team’s Cao Hongwei told reporters: “We have made a new frame this year. The speed of the car has been greatly improved, especially in the corners.”

Martin Cao led a 1-2 for the Kia team in the opening round with Avila completing the podium for SAIC Volkswagen crew. Starting from the pole-position the former CTCC and TCR Asia vice-champion Avila led most of the first-day main race until his Michelin tyres faded away, allowing David Zhu to take a first Beijing U5 win. The Macanese driver was second at the flag in front of Cao.

The second day of racing in the Hunan Province’s first international-standard motorsport facility started with another win for David Zhu, followed by Jason Zhang and Avila. In Race 4, 2019 champion Zhang Zheng Dong finally “came to life”, with the Volkswagen Lamandos pace in the long runs showing some progress as he scored a dominant win over Cao and Dasheng.

After one day of no races, only practice and qualifying sessions, the cars hit the track for two more races on Saturday. Zhang Zheng Dong kept the momentum going, winning over the Kia K3s of Cao and Jason Zhang. The second race of the race started with the first corner accident between front row starters Rainey He – the pole man – and Cao. Zhang Zheng Dong benefitted from the accident to score another victory, followed by Avila and David Zhu.

The last day of racing in the hot conditions at the 3.77km, FIA Grade 2 circuit saw Juan Carlos Zhu winning for the first time this year with a comfortable margin to Avila and Cao in race one.

The last race of a long week saw Avila, who started from pole-position, leading the first five laps until a technical failure sent his Volkswagen Lamando into the barriers. Zhang Zheng Dong inherited the lead of the race to win over the Kia K3s of Cao and Jason Zhang.

The next round is scheduled for September 12-13 at the Shanghai F1 circuit.