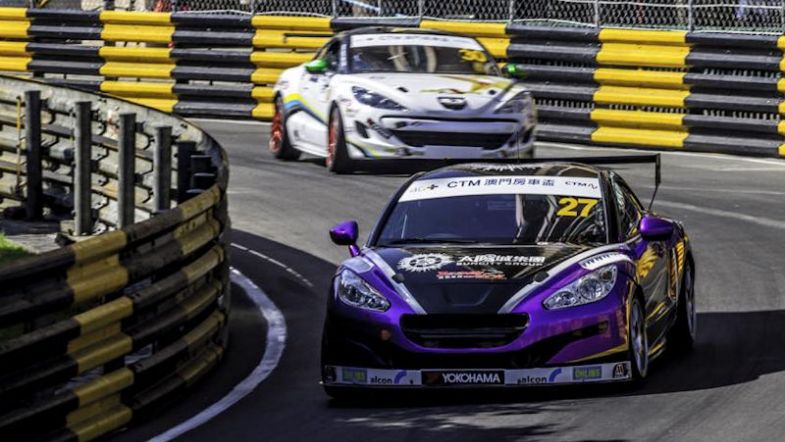 Poon set the first competitive benchmark in his Peugeot RCZ, but was then run close by Team AG Racing’s Andy Yan, this year’s China Touring Car champion, also in an RCZ during the early part of qualifying.

Poon found more time in the last half of the session, improving his time to 2:46.229, with Fung producing a time just 1.4 seconds slower to put his RCZ second fastest ahead of Yan.

The first non-Peugeot was that of Chao Chong In, who’d set a time of 2:49.578 right at the start of the session in his Fu Lei Loi Racing Team MINI Cooper S, with Patrick Chan ending the session fifth fastest in the 9s Racing Team Peugeot RCZ.

There was trouble late in the session, when cars of Chan Hei and Lui Man Kit came together as Lui was on a flying lap in his MINI Cooper S at Police, with both cars suffering damage.

The session was then red flagged after a crash at Paiol, when Liu Lic Ka rolled his Elegant Racing Team MINI Cooper over one of the Peugeot RCZs, causing a blockage.

The CTM Macau Touring Car Cup is scheduled to take place on Sunday at 8:30am CST.