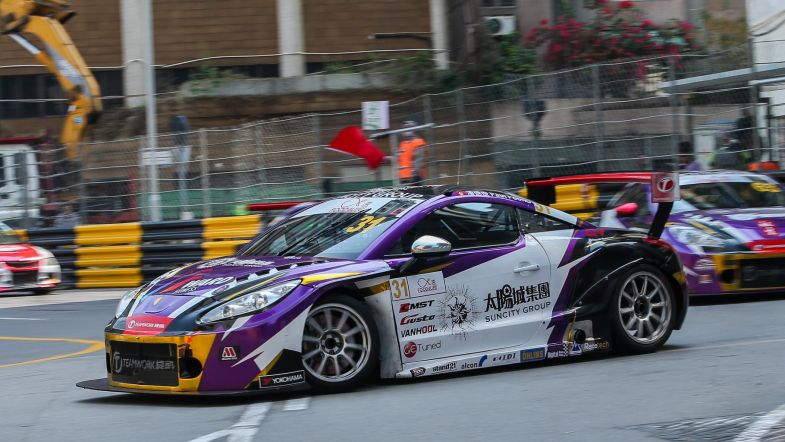 The Teamwork Motorsport driver was fastest by just over nine tenths of a second ahead of team-mate Alex Fung.

The first red flag came early in the session as Cherry Cheung put her Subaru Impreza WRX in the barriers at Police.

The session resumed with 23 minutes left on the clock, only for the red flags to come out shortly again as Ian Veng Leong stopped on track due to technical issues with his Mitsubishi.

The session was resumed with just enough time for all drivers to complete just one final lap.

Macanese driver Wan Long Wong claimed position three on the grid and was fastest of the 1950cc cars, only to stop on track as the chequered flag had come out.

Filipe De Souza, who topped yesterday’s practice session, put his Audi RS 3 LMS on fourth position on the grid after hitting traffic on his fast lap. The Audi driver was well over 2,5 seconds from the fastest time.