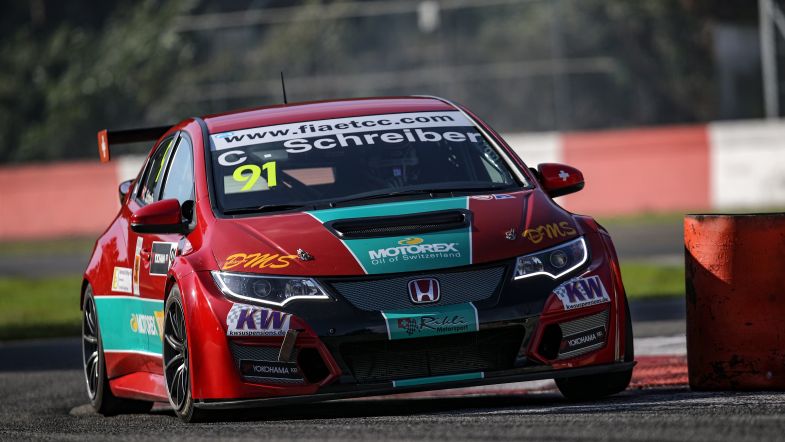 Christjohannes Schreiber won the first ETCC race of the weekend at Zolder after a lightning start as championship leader Petr Fulin retired.

Rikli Motorsport driver Schreiber started fourth but was into a lead he kept for the remainder of the race before the first corner.

Pole sitter Norbert Nagy made a terrible start with his Zengő Motorsport-prepared SEAT León and dropped from first to fourth before the first corner.

While Schreiber ran away in the lead, the fight for second place was hard between Igor Stefanovski, Peter Rikli, Fabio Mota and Nagy.

LEIN Racing’s Mota made a mistake on lap seven, dropping him out of the fight to finish fourth. A lap later it was championship leader Fulin who got in to trouble, being forced to retire with technical issues.

Honda driver Rikli made his move on Stefanovski with two laps left, snatching second place and allowing Nagy to take third. Stefanovski slowed down and headed into the pits with technical issues as the final lap begun.

Andreas Pfister came home in fifth position for Pfister Racing Team ahead of Rudolf Pesovic in the Audi RS 3 LMS in sixth position. Anett Gyorgy was the final driver to take the chequered flag in seventh position.

Schreiber’s victory and Fulin’s retirement has tightened the title fight with three points separating the two, Fulin on 57 and Schreiber on 54.