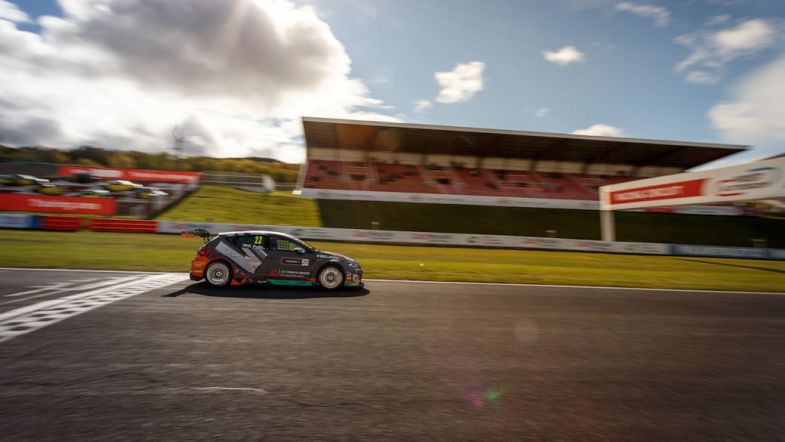 Krenek Motorsport driver Petr Fulín has hailed a perfect weekend, after sealing his third European Touring Car Cup drivers’ title at the Most circuit in Czechia.

Fulín lost the 2016 title to Rikli Motorsport driver Kris Richard on countback after tying for the points lead, and this year faced a strong challenge early on from Richard’s replacement, his former team-mate Christjohannes Schreiber, while a late charge from Zengo Motorsport’s Norbert Nagy also put the Czech driver’s third title under threat.

“The weekend was perfect, but I must say we enjoyed the season as a whole,” said Fulín. “Sometimes it was stressful, especially here in Most, but we managed it. I must thank the team, which did amazing job through the year, and I definitely must thank the fans, who came here despite the bad weather. There were so many and we felt their support.”

Fulín’s now won three ETCC titles, the Super 2000 title in 2013, the TC2 title in 2014 and now the ETCC-1 class title after the series switched to TCR regulations three years ago.