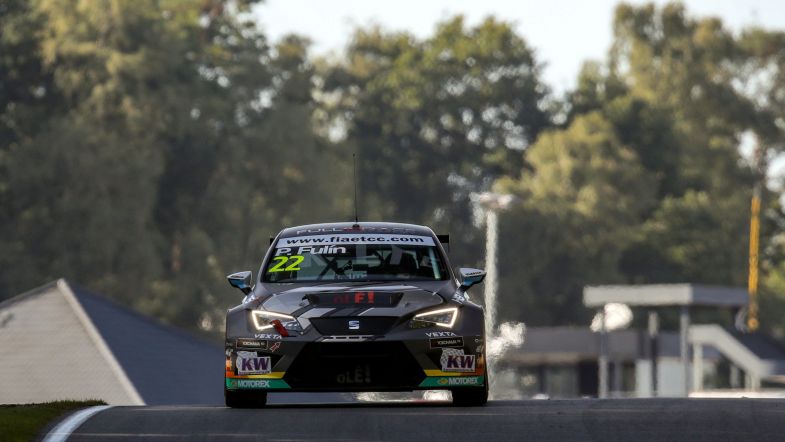 Petr Fulín sets the pace in free testing at Most

Petr Fulín was fastest in today’s free testing session at Most. The home hero was almost two tenths quicker than title rival Igor Stefanovski, while Audi’s Plamen Kralev was third behind the SEAT drivers.

Norbert Nagy came fourth in his Zengo SEAT, ahead of fellow championship contender Christjohannes Schreiber in his Honda Civic TCR. Vaclav Nimc was sixth in the sole Volkswagen Golf GTI TCR on track ahead of SEAT’s Mladen Lalusic and Honda’s Peter Rikli.

Two SEATs completed the top ten, as Petr Fulín Jr., son of the championship leader, was ninth ahead of Lema Racing’s Fabio Mota, who stopped on track and caused a slightly early end to the session with only two seconds to go.

Action will resume tomorrow with Free Practice, which will start at 9:40 and will last 45 minutes.