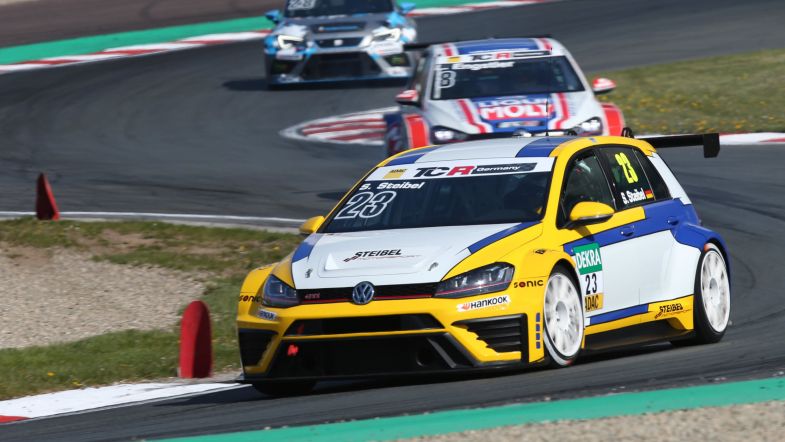 First Volkswagen Golf entered for ETCC finale at Most

17-year-old Czech driver Václav Nimč will make his ETCC debut at the season finale at Most next month, with TCR Germany regulars Steibel Motorsport entering a Volkswagen Golf GTI TCR for the event.

The team have a long-term partnership with Steibel, which will run the first Golf GTI in the ETCC since the championship adopted TCR technical regulations this year.

“When Václav came to us, he had only extensive simulator experience but had never driven a real race car,” said team principal Josef Křenek. “He showed from the beginning, however, that he has racing in his blood. In the past, I also worked with his father and he was always one of the fastest. Václav Jr has, until now, driven only eight races and this step might be coming too soon. But I am convinced of his talent and I am sure that he will be honourable in his first ETCC race.”

Nimč has motor racing pedigree, as his father Václav Nimč Sr raced an Opel Vectra in the German Super Tourenwagen Cup in the 1990s.

“We are very pleased to welcome a young driver with clearly a big potential to the ETCC,” said ETCC general consultant Eric Nève. “The season finale at Most is already shaping up to be an exciting occasion with four drivers battling it out for the coveted ETCC title. The addition of a young local star on the grid provides yet another highlight.”