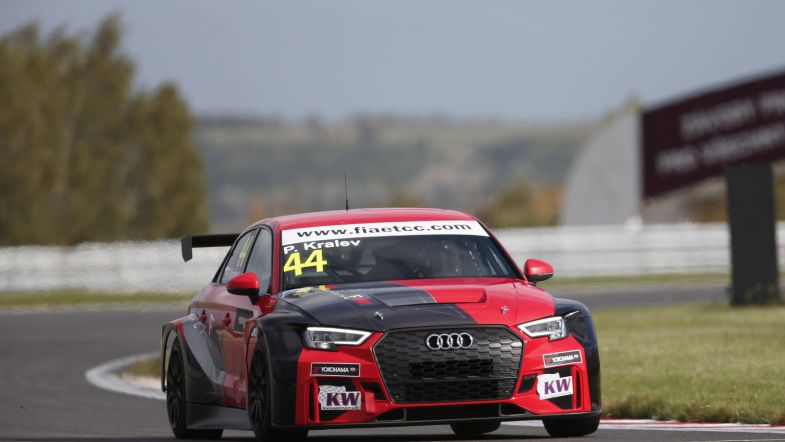 Audi’s Plamen Kralev was fastest in today’s free practice at Most, Czech Republic. The Bulgarian pulled off a dominant performance, as championship contender Norbert Nagy was some seven tenths slower in his Zengo Motorsport SEAT. Peter Rikli completed the top three in his Honda Civic TCR.

Igor Stefanovski was fourth in his SEAT, ahead of Petr Fulín Jr., whose remarkable performance in his DSG-equipped León TCR puts him three tenths ahead of his father and championship leader Petr Fulín, who was almost three seconds off Kralev’s pace. Vaclav Nimc was seventh in the sole Volkswagen Golf GTI TCR on the grid, ahead of Lema Racing’s Fabio Mota.

Christjohannes Schreiber was ninth in the session, the Swiss driver appearing to struggle in his Honda Civic TCR, which may not help in his chase for the title from second in the standings. Andreas Pfister completed the top ten in his DSG-equipped SEAT.

Action will continue at 14:15 local time for the qualifying session, in which the first points of the weekend will be awarded.