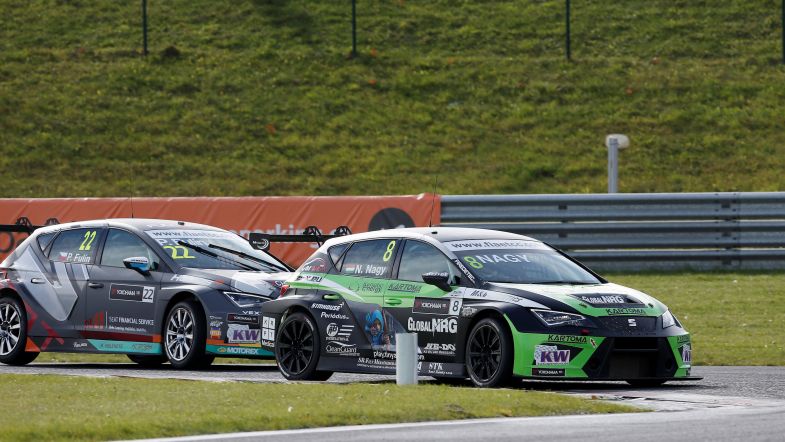 Norbert Nagy handed Most Race 1 victory after penalty for Kralev

Zengo Motorsport’s Norbert Nagy was classed as the winner of the first race at Most following a late penalty handed to Kraf Racing’s Plamen Kralev, which demoted the Bulgarian to third.

Kralev had originally been classed as the winner of the race, finishing ahead of the main championship contenders, but the Audi driver was given a ten second penalty for an incident with the Rikli Motorsport Honda of Christjohannes Schreiber, which promoted the SEAT of Norbert Nagy to first.

Krenek SEAT driver Petr Fulín, who won the ETCC drivers’ title, moved up to second, with Schreiber classed as the final finisher on the podium.

The change in the result makes no difference to the final standings. Petr Fulín is still the 2017 European Touring Car Cup drivers’ champion, now winning by seven points over Nagy, with Schreiber ten points further behind.