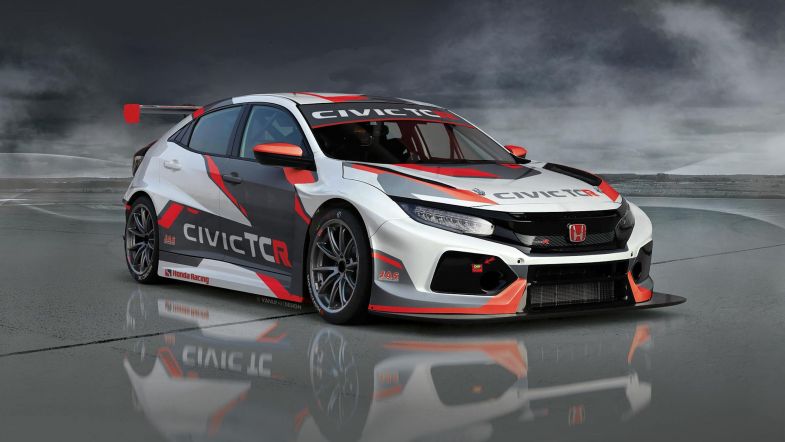 Honda has confirmed that Tiago Monteiro and Esteban Guerrieri will continue to race for the Japanese marque in the new World Touring Car Cup, with both of their 2017 drivers placed within privateer teams Boutsen Ginion Racing and Münnich Motorsport.

Boutsen Ginion Racing confirmed two weeks’ ago its intention to race in the 2018 WTCR after two years competing in the TCR Benelux Touring Car Championship, as well as last year’s TCR International Series.

The Belgian squad will join the brand-new WTCR with Tiago Monteiro driving one of their Honda Civic FK8 Type R TCRs, with the driver of their second car to be announced.

The German team will run a minimum of two new Civics and has previously competed with the previous generation Civic FK2 Type R TCR in both the European Touring Car Cup and the TCR Germany Touring Car Championship with team principal René Münnich behind the wheel.

Monteiro has not raced since last July, after a testing crash at Barcelona at the start of the September left him with significant injuries, which the Portuguese driver spent the last half of the season and the winter working to recuperate.

The 41-year-old was leading the WTCC standings at the time, and went on to finish eighth despite missing four of the ten events.

“I’m delighted to remain part of the Honda Racing family for another year,” he said. “Since I first worked with Honda in 2012, I feel we’ve been getting stronger and stronger by the season and by last year we were in a very good place to win the championship before my accident.

“The past six months have been incredibly tough, but thanks to some amazing support I’m now well on my way to getting back in a racing car. Boutsen Ginion Racing are a strong team, who I’ve won races with in TCR before, so I can’t wait to drive the car and for the season to start.”

Guerrieri finished the championship in fourth, and was in mathematical contention for the title at the season finale, after starting the year with Campos Racing in a privateer Chevrolet Cruze, before being drafted in as Monteiro’s replacement in Japan.

“I felt like last year was a real breakthrough year for me in world touring cars, so I’m extremely pleased to be racing a Honda Civic in 2018,” he said. “TCR is the fastest-growing touring car category in the world and I’m incredibly excited to be a part of this programme. I had some great races against the ALL-INKL.COM Münnich cars in the WTCC last year and it’s clear they can run a very fast machine, so I’m optimistic of putting together a title challenge.”

“This is two good bits of news in one,” he said. “Not only is it confirmation of two very good drivers joining two very good teams for the first WTCR season, it’s also another important step for Tiago Monteiro as he continues his comeback to full fitness.

“Tiago was on course to win the World Touring Car Championship last season until his injuries forced him to miss the title run-in. It’s great he’s back on track after what was a very tough period. He’s preparing to challenge for the world crown that eluded him in 2017. We wish him well.

“As for Esteban Guerrieri, he’s impressed from the moment he first stepped into a world touring car in 2016. The victories he scored racing as a privateer for Campos Racing underlined his ability. He was the perfect choice to deputise for Tiago and didn’t let anybody down with his performances. There’s no question he deserves this chance and it’s important a driver from South America will be taking part in WTCR 2018.”