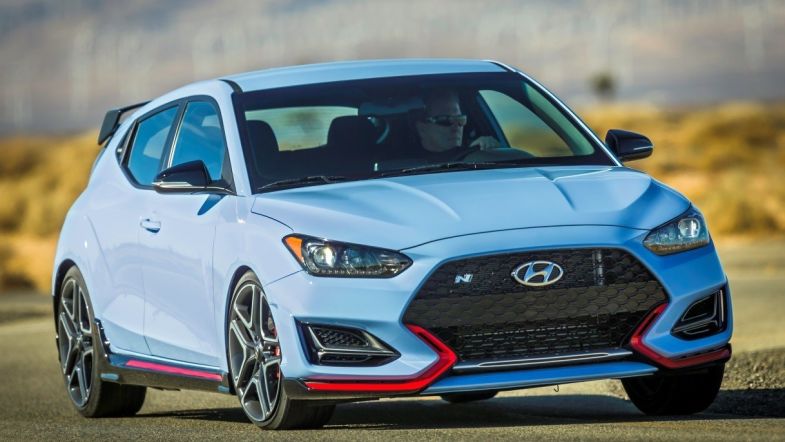 Hyundai has announced the launch of the all-new Veloster N TCR, which will make its debut on track in 2019.

Whilst the car will be fully homologated for competition in any sanctioned TCR series, priority for the first cars will go to teams racing in markets where the new Veloster N road car [pictured] is offered.

Bryan Herta Autosport will be one of the first teams to race the car having confirmed an entry into the 2019 IMSA Michelin Pilot Challenge series.

The team secured both the teams’ and manufacturers’ championships in the 2018 Pirelli World Challenge TCR class with the i30 N TCR and will enhance its relationship with the manufacturer by becoming the designated sales agent for the car in the USA.

“Chapter Two is going to be exciting,” Bryan Herta, president and CEO of Bryan Herta Autosport, said. “We learned so much by racing and winning with the i30 N TCR last season. We know just how excellent the platform is in hard competition.

“The Veloster N TCR retains everything great about the i30 N and gives us a world-class race car with a direct road-car counterpart that our fans can purchase and drive every day.”

The Veloster N TCR, which shares around 85% of its core components with the existing i30, will be unveiled at a later date.

“We’re absolutely thrilled to have Bryan Herta Autosport back with us, racing the new Veloster N TCR at America’s most fabled racing circuits in the IMSA Michelin Pilot Challenge,” Dean Evans, Hyundai Motor America’s chief marketing officer, said. “After their championship run in 2018, we can’t wait to see the show they put on for our fans and customers in the Veloster N TCR race cars.”