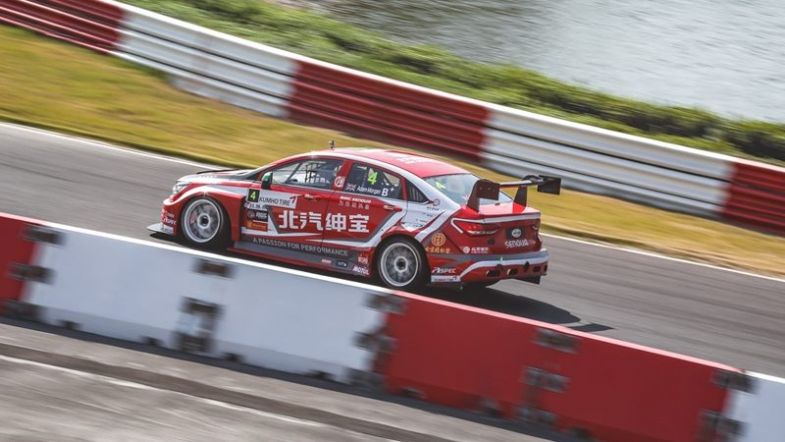 Adam Morgan has now been declared the winner of the first race at the Shanghai International Circuit, after Rob Huff was deemed guilty of a jump start in his SAIC Volkswagen Lamando GTS, and given a 30-second penalty.

Morgan had crossed the line just behind Huff in the BAIC Senova D50, since the race had finished behind the safety car after Morgan’s team-mate Juan Carlos Zhu crashed out at the end of lap five in an incident with Changan Ford driver Rainey He.

The penalty heavily dents Volkswagen’s chances to overtake Kia in the manufacturers’ standings, as Huff drops all the way to 15th since the field was suspended behind the safety car.

The top ten have been confirmed as the reversed grid for tomorrow’s second race, which puts Huff’s Volkswagen team-mate Rodolfo Avila on pole, but with the Kias of newly-crowned drivers’ champion Leo Yi second and their international wild card, Swiss driver Alex Fontana, starting third.