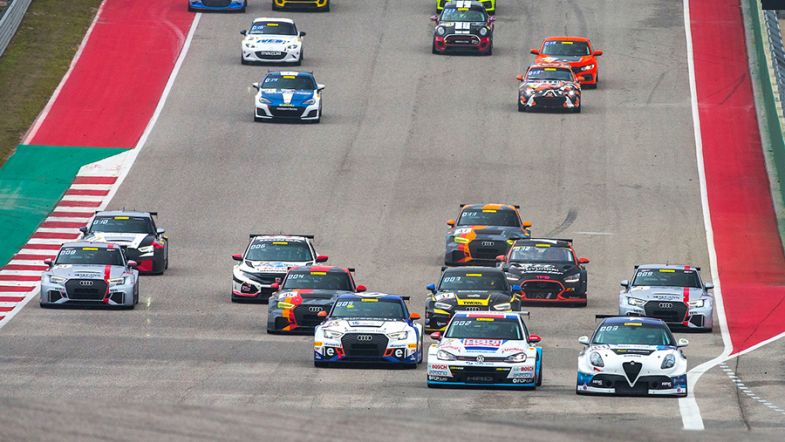 Championship leader Mason Filippi is to miss the second round of the TC America season this weekend in St Petersburg.

Filippi secured a double win in the opening meeting of the campaign at the Circuit of the Americas at the wheel of his TFB Performance-run Hyundai Veloster N TCR, despite being forced to start race one from the back of the TCR field after a technical infringement saw him excluded from qualifying.

The decision to miss round two has been taken because of the risk of damage on the challenging street circuit, with his Hyundai also set to contest the second round of the IMSA Michelin Pilot Challenge at Sebring the following week.

Indeed, the Hyundai has already been trucked to Sebring in preparation for the start of track action next Friday for the meeting supporting the latest rounds of the World Endurance Championship and the WeatherTech SportsCar Championship.

The fact that Filippi will miss the meeting will provide FCP Euro pairing Nate Vincent and Michael Hurczyn with the chance to close in in the points, with the duo having taken a second and third place finish apiece in Texas to sit level second in the standings.

Risi Competizione’s James Walker will also hope to challenge after a solid debut in his Alfa Romeo Giulietta at COTA saw him post the fastest lap in race two.