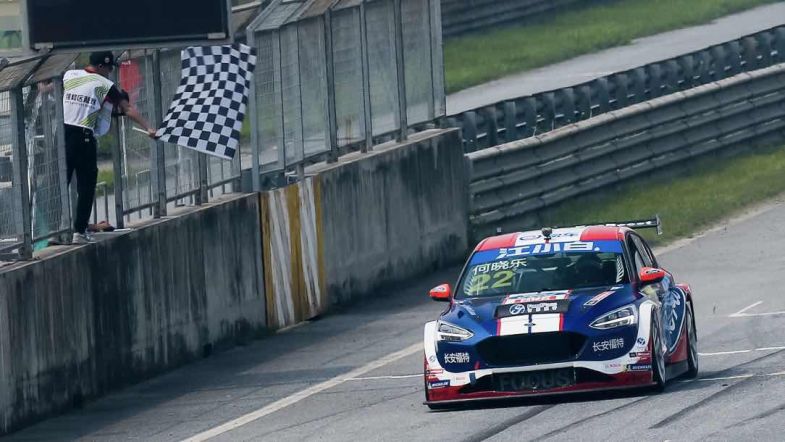 Rainey He wins, as bizarre safety car incident wipes out BAICs at Guangdong

Rainey He has won the first race of the 2019 China Touring Car Championship at the Guangdong International Circuit for the Changan Ford FRD Team, while a dramatic incident before the start of the race saw two of the BAIC Senovas of David and Juan Carlos Zhu taken out.

The race was won by Changan Ford’s Rainey He with the fourth generation Ford Focus after 13 laps, with He effectively starting from pole after the incident for the Zhus. He finished four-tenths of a second ahead of Jason Zhang in the all-new Kia K3 of the Dongfeng Kia Racing Team, with Zhang’s new team-mate Cai Yue finishing third after starting 11th on the grid.

Zhang Zhen Dong finished fourth in the SAIC Volkswagen 333 Racing Lamando GTS, ahead of the best of the international drivers Alex Fontana in the Kia. Adam Morgan was taken out at the start in his BAIC Senova, and was listed as one of the first retirements, soon followed by his BAIC Senova team-mates.

The second race of the weekend takes place tomorrow, with Cai Yue starting from pole after topping the earlier qualifying session.

Drama for the first round of the 2019 #CTCC at Guangdong, as the two BAIC Senova cars of David and Juan Carlos Zhu are taken out by the safety car pic.twitter.com/y34O5emi5X