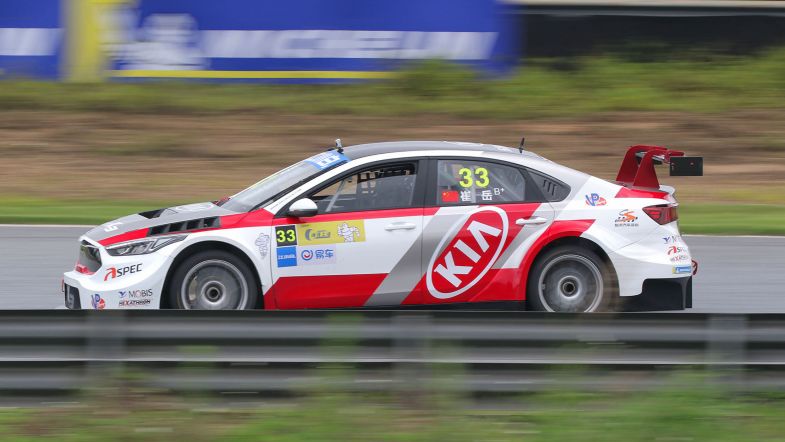 Dongfeng Kia Racing had a strong start to the 2019 China Touring Car Championship last weekend, with the new Kia K3 2.0T making it debut and scoring pole position in its first race, with new signing Cai Yue taking pole position and winning the second race of the weekend.

Cai joined the team from SAIC Volkswagen, and now races the #33 Kia, which was driven by Leo Yi to the championship title last year.

This year, a revised line up featuring Cai, alongside regulars Alex Fontana and Jason Zhang, and former Changan Ford driver Martin Cao, piloted the K3s at the Guangdong International Circuit.

The car is developed in technical partnership with Italian engineering firm Hexathron Racing, whom have extensive experience in World and British Touring Car racing.

“As Hexathron Racing Systems we are proud of the work done during the winter in our Italian headquarters by our engineers Maurizio Soro, Marco De Luciano, Erik Turlejski and Matteo Limongelli,” said Hexathron CEO Marco Calovolo.

“This new car is an important step forward compared to the previous one, and the first on-track results confirmed the strength of the project. Now we are already focussed on the next event in Shanghai, where we will have to fight to stay on top.”